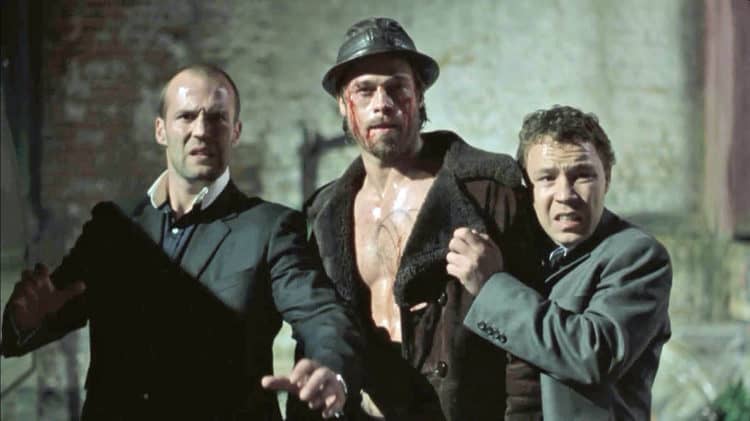 There are a lot of Jason Statham movies out there that have to do with action that show him being an unstoppable machine that just never gets beaten despite being up against overwhelming odds that wouldÂ  be impossible for even a skilled martial artist in real life. But that’s the action genre, the heroes are supposed to seem unstoppable at times. But there won’t be a lot of those movies on this list since unfortunately quite a few of Statham’s movies tend to follow the same kind of plot, a man that lives alone by choice is either running from or just trying to ease down from a stressful past and is highly skilled and able to kick some serious butt but doesn’t want to fight. He’s had a few different roles throughout his career but for a while that seemed to be his M.O., and to be honest it got a little bit old after the second movie.

I toyed with the idea of putting Crank 2: High Voltage on the list but that got just a little too cartoonish and therefore the first one is a lock since it’s crazy but still within the realm of being possible since it does get pretty rough and raw throughout. Chev Chelios is a skilled assassin that is injected with a chemical that is designed to stop his heart within a very short time, and the only thing that can save him is a constant dose of adrenaline that will kickstart his heart and keep him going. The things he does to spike his adrenaline in this film are just insane, such as slamming his hand in a waffle maker, drinking enough Red Bull to turbo-charge a sloth, and even taking two defibrillator panels to the chest at full voltage. As long as he’s juiced he stays alive.

When a bunch of friends raise enough money to stake one of them in a poker game the odds seem to be in their favor, until the man in charge of the game beats everyone after upping the ante to such a ridiculous level that none of them can pay up. Unfortunately the man in charge is known for collecting his payment in any way he possibly can, which means he plans to come after the player and his friends and will use any means in his power to make certain that they pay up one way or another. When all is said and done the friends are still alive, but their only hope of retrieving their losses is to sell a pair of antique shotguns that one of their friends is about to toss over a bridge.

3. Fate of the Furious

Remember how Deckard Shaw was the bad guy in the previous film? This time he’s working with Dom and the others unbeknownst to Cipher, and he’s doing more than just taking on the woman that recruited him and his brother Owen, he’s saving Dom’s son. The fight scene that goes on as Deckard takes Dom’s boy and tries to exit the plane is epic in some ways since he takes time out between scuffles to check on the kid and even keep him smiling. If you’re a parent watching this scene you probably can’t go through the whole thing without laughing and smiling a time or two since Statham’s reactions are priceless.

Turkish is a boxing promoter, not a diamond expert, but when he and Tommy find a diamond the size of a small tangerine they both know they’ve got something special. The entire story however builds up to that moment as Turkish and Tommy try to buy a caravan only to meet up with a bare-knuckle champion that knocks out their fighter and eventually replaces him. Unfortunately the guy can’t go without knocking out opponents in the first round, and he almost ends up getting Turkish and Tommy killed, until it’s revealed at the end that he’s been keeping them tucked away while he’s been betting on himself.

This is one of those movies where Statham seems absolutely indestructible and is only rarely injured at all since he’s just that tough and he’s that determined. To say that he never gets hurt isn’t entirely accurate but to say that he’s kind of like a human terminator is a lot closer since he mows through people like they’re nothing. After breaking his own rule of never looking in the package Frank has to deal with a client that is now actively targeting him and engaged in human trafficking as it’s become his problem due to his inability to not check out a strange noise in his trunk. You can argue that he did the right thing and you’d be correct but it certainly wasn’t the simplest thing.

He’s great when there’s action, but only until the story becomes a clone of one of his other movies.