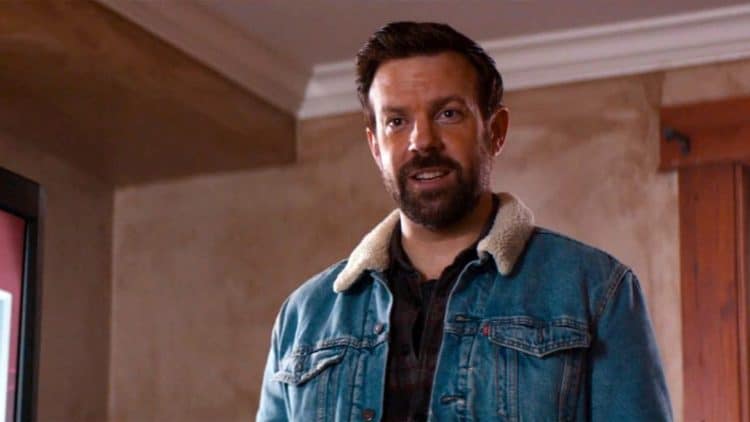 Usually when you see Jason Sudeikis you imagine that whatever he pops up in is going to be hilarious since the guy is just that funny and has continued the trend of turning sarcasm into an art form. Each of his movies features at least a few scenes in which he can’t seem to help being insanely sarcastic and funny at the same time, though it’s a great bit of comedy since he’s mastered the art of doing the deadpan-type of humor that makes people laugh. His movies haven’t always been the most popular in the world and some of them have kind of tanked once they were out of the gate, but his performance has still been nothing less than top notch since he’s just that kind of guy that can keep pushing forward even when the movie isn’t really going in the right direction according to the fans.

Yes this is a weird movie, withought a doubt. Gloria and Oscar are best friends but Oscar has for a long time been something of a controlling jerk, something she doesn’t find out until he reveals it during their time together. When it’s discovered however that they both control monstrous, humongous avatars all the way across the world via a strange connection to a playground and a freak lightning strike when they were kids, the hilarity and the weirdness only grow stronger as they begin a tale that can only end with one winner since Oscar continues to grow more and more controlling now that he knows he can do some damage.

This wasn’t the favorite movie of everyone but to be honest not everyone has played the game. Even those that have played the game had something to say since quite honestly it wasn’t just about a bunch of birds using a giant sling shot to assault the pigs. There had to be SOME story line behind it and since Red was the first bird to be encountered when playing the game, his story seems to be the driving focus behind it. There is a sequel coming, but it remains to be seen just how that’s going to work out since honestly the Angry Birds franchise is still popular, but the games have kind of become old news in some circles.

Here’s the deal, a lot of times if you’re happily married and respect your wife then you will actually forget what it takes to pick up women. It’s like an umbilical cord, at one point and time it serves a purpose, but once you’ve moved on and no longer need it that part of you will wither away and become just about useless. Not all married men feel this way or experience this kind of difficulty, but those that are happy, even if they don’t know it, tend to lose the ability to pick up on women once they try to get back on the dating scene. It’s not universal, but it does happen to a lot of men that stay married for years and years.

A lot of us have had those bosses in our lives that we can’t stand, don’t want to be around, and generally have no use for. Now going out and killing them isn’t always the best idea, in fact it’s rarely ever the best idea, but when you’ve got to do something or face down the coming years with a person that is actively seeking to make your life miserable, then some people tend to go to extremes and do so in a rather hilarious fashion. Having a boss isn’t always the easiest part of being a working individual, but trying to put up with them when they’re so irredeemably horrible is even more difficult.

Let’s hope no one tries this, even though worse things have reportedly been done, like using kids as mules. But in this movie it’s hilarious since the idea of a family crossing the border without being questioned or even suspected isn’t too far from the truth. Border patrol guards are typically looking at people that either fit the stereotypes that they think are out to do no good or are looking for suspicious activity that can be exhibited by anyone. The fact that this is a comedy is about the only reason it works since in real life it seems as though the drug dogs would be doing backflips when coming within ten yards of an RV that has enough pot in it to put Cheech and Chong to shame. All in all though it was a funny movie and something that we can laugh at thanks to the cast.

One reason why Jason Sudeikis is so popular is that he doesn’t have to go crazy to make people laugh.