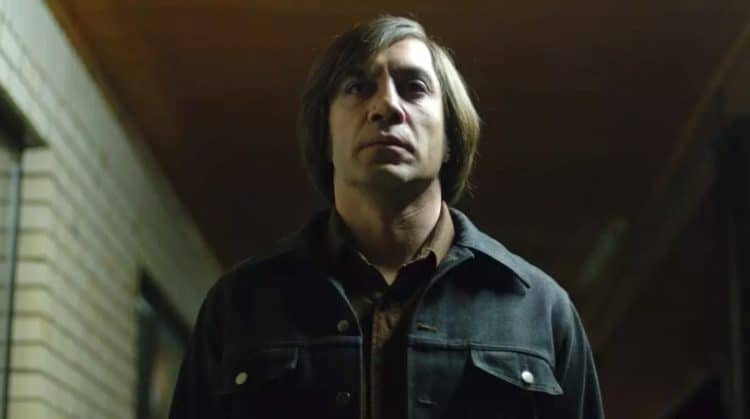 There are individuals that don’t ever seem to decide if they want to act unless the position is kind of hand-delivered by fate. Javier Bardem struggled as an actor for a while despite coming from a family that was deep into show business. His first love in life was painting, and he really had no desire to act until his idol Al Pacino left a message on his answering machine that he should consider a career in film. As you can guess that the was the kind of boost he needed to really get something going and from that point on he started to make more of an impact in the business. On screen he can be someone that’s merely intimidating or he can be a complete sociopath, which makes him one of the most alluring actors in the world when it comes to certain roles. He can be warm and inviting as well, but there’s still a quality to his roles that makes it hard to trust the characters he plays.

Here are five of the best movies from his career to this point.

5. Pirates of the Caribbean: Dead Men Tell No Tales

I know, I know, the movie was kind of a flop and it wasn’t all that great from start to finish. But if you take individual performances away from this one you get the feeling that Javier Bardem couldn’t have really played anything else. His mere presence in this movie kind of drowns out most of the cast since Salazar is just ruthless, vindictive, and is out to get Sparrow in a way that makes even Davy Jones seem a bit tame. The undead captain has such a deep and murderous hate for Jack Sparrow that it’s hard to believe he’d let anyone live, especially another pirate, in his quest to take his revenge. But seeing as how pirates are usually more concerned with their own lives than those of others it wasn’t too hard to think that Barbosa would seek to strike a deal.

He doesn’t have a huge part in this film but maybe that’s for the best since Foxx and Cruise were the main characters and they needed a little more emphasis. But he is one of those in the movie that you get the feeling you shouldn’t mess with since he’s got the calm kind of cool that’s absolutely deadly. One thing about Javier is that he doesn’t need to shout or get crazy in order to convey his emotions on screen. He simply widens his eyes or shifts in a certain way as his nostrils flare and you get the feeling that he’s not pleased and things might be about to pop off. That’s great acting, being able to convey your emotions with just subtle hints and movements that can be easily interpreted.

In a way the changing of the guard is inevitable when it comes to Bond movies since this one introduces not only a new Q but a new M as well. After Bond is apparently shot and killed during a mission he goes into retirement, but he has to come back after it’s established that a cyberterrorist, played by Bardem, is targeting M. Unfortunately that same terrorist is a former MI6 agent that knows the ins and outs of the agency and thus becomes a true nightmare as his continued attempts to end M’s life for disavowing him become increasingly more destructive until Bond finally deals with him near the end.

There’s a high price for getting in too deep with a Mexican drug cartel, and it’s one that a lot of people aren’t able to pay when it comes time to settle up. The Counselor, thinking that it might be time to up his game a bit, doesn’t seem to realize that someone else is trying to make a bit of money by going behind his back, while his supposed business partner has no idea that he too is being targeted by the same person. In the end the one person that makes it kind of obvious that she’s in this for nothing more than the money is kind of obvious throughout the whole film, but the movie is just coy enough to make it appear as though there’s something else going on.

1. No Country for Old Men

Some regions in this world seem a lot more dangerous than others, but when there’s money and drugs involved any place can turn into a war zone. Chigurh is the kind of retrieval man that most people probably wouldn’t want to mess with largely because he’s just that scary, and because he doesn’t show a lot of emotion.Â  That kind of killer is frightening since you kind of have to wonder just what he gets out of his job aside from his payment.

Seriously, until he smiles the guy is just scary-looking, and that adds to his on screen persona.