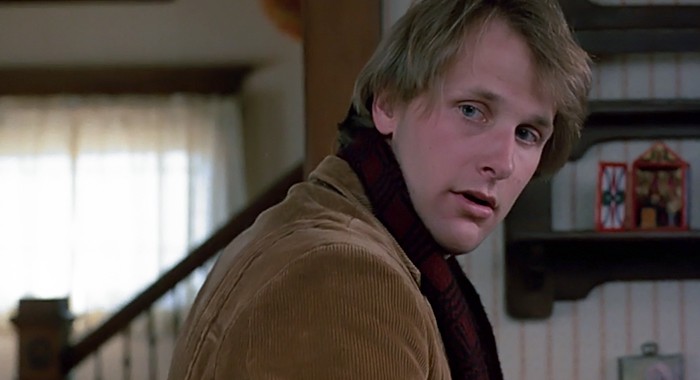 Jeff Daniels seems like an underappreciated actor at times. That’s not exactly the case but it does seem to be that way sometimes since he’s there when he’s needed and kind of absent when he’s not. Going by his career though he’s accomplished more than quite a few people and is actually one of the best actors out there and has the awards and nominations to prove it. For some reason though it seems as though he’s one of the workhorses of the industry that’s there to make others look good and do his utmost to look his best as well. Thankfully he does this with such skill that one can easily forget how he seems to blend into the background at times. He’s been around long enough to have starred with some of the best in the business and a few legends that have come and gone, and his movies are still highly enjoyable even if you don’t always realize he’s in them.

This might actually get placed on the list of Clint Eastwood’s lesser-known movies since it didn’t really earn that much acclaim and wasn’t exactly considered to be among his classics. But Eastwood plays the part of a retired detective that failed to capture his final suspect, but not because he was unable to keep up. Instead he had a massive heart attack and had to have a transplant. Eventually the woman whose sister was used as the donor tracks him down and asks him to solve her murder, which leads him eventually to his neighbor Buddy, played by Daniels, who has been looking out for Eastwood throughout the whole movie in a truly sadistic fashion.

His role in this movie is somewhat muted so that the other actors can shine a little more, and his arc comes to a close a lot sooner than others. The fact is that he plays a strung-out detective that’s constantly on edge and is doing whatever he can to stamp out crime in any form in his home. The unfortunate part of being on edge so often however is that one tends to snap at anyone for even the most imagined slight, and when the bill for this behavior finally comes due it comes in the form of a suspension from his job that for all we know might last indefinitely since there have been too many complaints about his heavy-handed manner.

It’s amazing what happens when you meet someone that turns your world upside down and shows you a new way to live and feel truly alive. But when that same woman has a man that wants her back and is every bit as tough as he talks there’s a major problem for someone that doesn’t know how to fight and is simply in over his head. Throughout the movie though Daniels’ character does find his nerve and stiffens his spine a bit as he comes to realize that he wants to be a part of this woman’s life, and that he’ll do pretty much whatever it takes in order to make sure that her ex gets the point that the past is best left alone.

It’s never easy when your mother-in-law simply doesn’t like you and has a bad feeling that you’re not right for her daughter. The worst part though is when, as horrible as she can be, she’s absolutely right. Flap is not the kind of guy that needs to be married or have kids with anyone since he’s too much of a flight risk for any family to deal with. When he splits however and his wife is dying of cancer her mother is still there, and in the final act of love and absolute trust her daughter entrusts her children to her mother’s care. This is the kind of movie that makes anyone with a dedicated father feel kind of grateful, and those with an overbearing mother take a harder look at how much their mother cares about them.

This one had to go in the top spot since Jeff plays the part so incredibly well despite showing that he’s an intelligent man throughout all of his other roles. One has to wonder just how much he and Jim Carrey had to dumb themselves down to really pull this off, but whatever they did it worked. Harry and Lloyd are the type of guys that make the Three Stooges look like Rhodes Scholars at times and the best part is that while they remain so blissfully ignorant of how stupid they really are, they still somehow manage to survive and get by.

He’s a great actor and a lot of fun to watch no matter where he shows up.