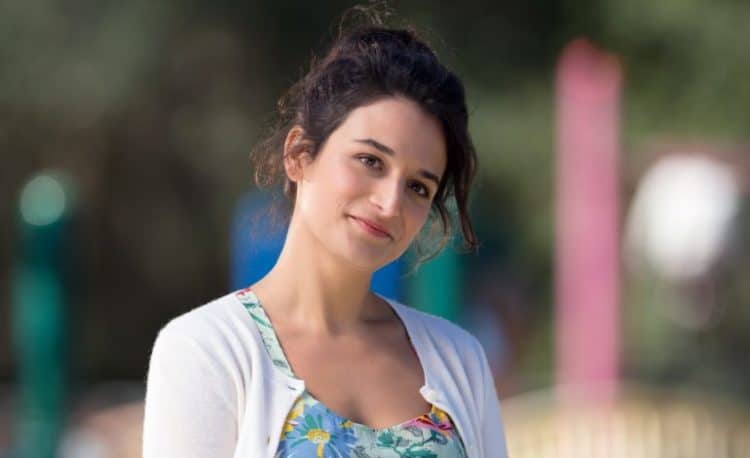 It’s likely that a lot of people know about Jenny Slate since she’s had a good deal of exposure either in live action movies or as a voice actor in recent years and has done pretty well. In a big way she has the kind of voice that you can’t help but thinking of as cute when she uses it for a voice role and is docile and doesn’t belong to someone that can really get all that aggressive. But then she surprises people and actually turns it up a few notches when she needs to and makes it obvious that while she does seem like a very nice, calm, and very unassuming woman, she can get down and dirty with the best of them when she really has to. Even if it is just part of the act it’s still convincing enough to make a person sit back with widened eyes and be impressed since it’s always nice to see a bit of fire in those that seem otherwise calm and kind.

She didn’t have a small role in this movie but it wasn’t the biggest either. People are still kind of divided on Venom and how great it might have been, but her part in this movie was something that seems to have ended in a way that might be assumed, but wasn’t really seen since it was one of those deaths that we didn’t see. Who knows, maybe the symbiote she was left with bonded with her and became another super-creature? We’re all so focused on Carnage making his debut in the next movie that it’s easy to overlook the fact that the doctor who alerted Eddie Brock to the project that would eventually introduce him to Venom might still be alive.

4. The Secret Life of Pets

It’s painfully obvious that Gidget is cute, fluffy, doesn’t look like she could harm a fly, and is totally infatuated with Max. But when she’s pressed and has had enough the tiny little dog decides to go postal and let the toughened alley cat know that she’s not about to let him intimidate or ignore her and just pounces on him. This is easily one of the funniest moments in the movie since it shows that one of the smallest and most gentle-looking pets is also one of the most aggressive when she doesn’t get what she wants. That and her ability to go all Bruce Lee on the sewer animals later on is why Gidget is such a great character.

Belwether is one of those characters you can’t help but think has a reason to be bad since she gets ignored, stepped on, and looked down upon since she’s an assistant and therefore considered to be somehow lesser than everyone. But despite all that she’s also a criminal mastermind since she’s been behind the predators in Zootopia going wild and has been harvesting a flower that’s well-known to farmers but not so much those within the city who are growing continually scared as to the implications of what might happen should a good portion of the populace begin to turn on the rest of them.

Kids have got to be kids, it’s an immutable law of humanity that helps people to grow, to evolve, and to make certain that they aren’t growing up too fast for their own good. When an uncle raising his late sister’s child is challenged for his desire to see his sister’s dying wish through, that her daughter be given a normal life rather than be admitted to a think-tank for genius children, he has one heck of a fight on his hands as his own mother decides to try and challenge his ability to raise the girl and even steps over the line in trying to take her away from him. Greatness is something a child has a long time to develop, but being a kid only lasts for so long.

There are a lot of people that might not care for this movie since it does have to do with abortion and eventually the main character does go through with it. The unfortunate part in all this is that she’s simply not ready to be a mother, and has thought it through. It’s something of a thorny issue with many people since the taking of a life at any stage is something that many women would be divided over since not bringing another life into the world vs. bringing one in when you’re not ready is a rather big debate. In the end however she and the man that impregnated her do end up connecting finally and the support he gives her is touching enough to think that one day the two might make it happen.

Thus far in her career she’s been little more than impressive.