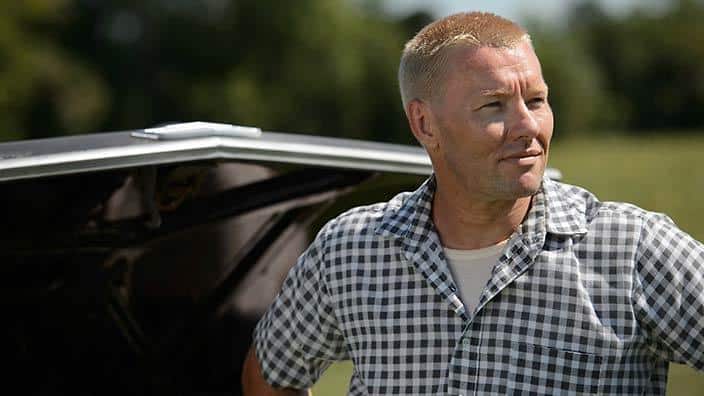 Joel Edgerton is one of the many reliable actors that you can look to when you need someone that is a solid actor, can be just about anyone that’s needed, within reason, and can act in whatever role that’s given to them. In other words he’s kind of like the every-man actor that is highly adaptable and can fit where he needs to go. This is kind of evidenced by the fact that he’s played several different roles over the course of his career and has been decent to great at just about all of them. In fact if you’ve been watching him since he came on the scene you’ve likely watched, along with everyone else, as he’s kind of grown into the person he is now, and have been able to see his skills evolving with every movie he’s been in. If nothing else he’s been one of those that we tend to like because he’s easy to relate to in many ways.

There was a time in this country that a white person and a black person couldn’t be married since it violated the miscegenation laws that some states still had. While this is a cruel and hard process for us to fathom at this time it was still on the books back in the day and was enough to force the Loving’s to move from their place in Virginia after being ordered by a judge to stay away. When they continued to defy the ruling however they eventually took their case higher and eventually, through a great deal of hardship and personal sacrifice, they managed to be a part of the change that would soon enough encompass the nation.

This is a clear warning to be aware of who’s life you’re trying to ruin as Simon did to Gordon. At first Simon and Robyn have no idea just what Gordon is up to as he appears to be a pretty nice guy that likes to bring them gifts. But when Simon decides to push Gordon away and tells him to leave his family alone Gordo’s motives start coming out bit by bit and the other shoe starts to drop. It turns out that Simon, during their school days, stated that Gordon was molested and this subsequently ruined his life. It would seem that Gordon has remembered and is repaying the favor in kind, playing a very dangerous but one-sided game.

The losses that were incurred to bring one of the most dangerous men in the world to heel were so great that the final scene of this movie isn’t hard to imagine or believe. With all that happened from the moment 9/11 came along until the final moment of bin Laden’s life there was a great deal that many people have been trying to recover from ever since, and the moment that the final judgment came down was something that a lot of people aren’t likely to forget. This movie didn’t last long in the public memory but at the very least it was a stab at the muted elation that came when one of the most dangerous enemies America has known was silenced.

When you’ve got bills piling up and a house that’s about to be taken away by the bank a lot of people tend to start feeling the crushing, hopeless despair press in since that’s a rather natural occurrence. But Brendan knows very well there’s at least one thing he can do to raise the kind of money he needs to keep his family safe and secure, the only thing is that he’ll have to go into the ring to take a beating. The only other thing about this is that when he learns his brother Tommy is also entered into the same tournament that he’s found his way into, he’ll be in for a fight that’s been coming for a long time.

To think that the FBI had made a deal with notorious criminal and gangster Whitey Bulger was something of a joke to really consider, but if you look in the history books you’ll find enough written about it to make your blood turn to ice. But the fact that John Connolly decided to cut a deal with Whitey to go after the mob meant that he essentially made a deal with a devil he couldn’t control. Throughout his time spent in Southie as one of the most powerful men around, Whitey was nearly untouchable, and this was thanks to Connolly’s efforts and the hole he’d dug himself into for so long. While the movie wasn’t dead-on accurate, it was enough to show just how Whitey managed to maneuver the FBI the way he wanted them to get rid of the competition.

Joel is great at making you love his characters or hate them.