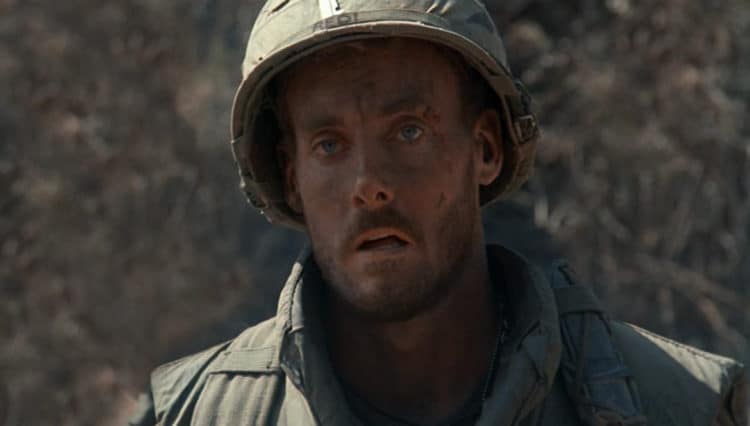 For the full interview with John McGinley as given in ABILITY Magazine you can see the scoop on just who he is and what he’s done. The gist of it however goes over where he’s from and what he’s done during his career, which in simple terms is a LOT. John’s been a stage actor and a obviously a film and TV actor. He’s also been the guy that you see pop up from time to time and whether you recognize him or not, it’s hard not to at this point, you do tend to enjoy his performance since quite honestly he’s the type of person that can take on a role and make it his own without much effort. He can play the antagonist or a protagonist, but it’s kind of rare that he’s the lead in anything since he’s such a great supporting actor. If you remember him from Scrubs, which a lot us do, then you’ll know he can play the role of a surly mentor to a tee.

Here are some of John’s greatest movie roles, but to honest it’s hard to pick through them all and say that any of them are the absolute best. He’s just that good.

It’s fair to say that Marvin isn’t really a big contributor to the movie in the eyes of many and in some cases it might seem that he could be taken out and it wouldn’t make much difference. But there’s something about the guy that makes you want to see him even if he’s not all that prominent of a character. Honestly it was Sheen and Douglas that stole the show in this film as it should have been, but the fact that McGinley was there in the first place is still easy to appreciate. Plus, this film made it really easy to pick and choose who you wanted to root for and who was probably due a huge helping of karmic justice.

O’Neill was just like a lot of the other guys in this movie, he wanted to go home and he wanted the fighting to end. He was there to dish out some hurt to those he was being ordered to fight, but one could tell just from the way he spoke at times that his heart wasn’t really in it. The idea of Vietnam was, to many people, that the US shouldn’t have been there in the first place, and that too many good men perished in very disturbing ways for a war that wasn’t really ours. That’s an opinion that many upon many have shared, but it seems to be one that’s held by a lot of people that keeps translating into the movies. Even a piece in Schmoop goes on to talk a bit about O’Neill.

Chuck is that guy that’s a little overbearing but at the same time is just so darned friendly that you can’t help but like him even if you roll your eyes at him half the time. His endearing manner and overly positive mien did hide a darker secret that he was actually quite depressed when he was on his own since his wife had passed. But he put so much positive energy into helping others that it was easy to see just how a person might be a bit overwhelmed before they finally started coming around to see what kind of value he brought to the lives of those he touched. Plus, the Capoeira scene was just too funny to pass up. Even Michael Rechtshaffen from The Hollywood Reporter tends to agree with this.

This is where John can be something of a prick and he does it so well that you can’t help but hate his character with a passion. As the top man on the totem pole Harp is by far and large the guy you don’t want to upset, but being by the book and showing no comprehension of what’s really going on with those under his command is the kind of hard-nosed edge that some bosses need to lose at times. Now a lot of us have wanted to punch our boss, it’s a fantasy that many people have entertained only in their minds and those that have done so have come to regret, but in this case most people should be able to state that Harp had it coming.

This is one of those odd cases when you start out not liking the character but as things develop you tend to get a little closer and see that they’re actually pretty impartial when it comes to their job, but they’re built up as someone you don’t want to like at first. The Bob’s are actually very good at what they do and in fact they’re so good that once Peter opens their eyes a little to what’s going on in the company they make a bee-line straight for the bosses and their otherwise questionable tactics.

John is by far one of the best supporting actors around and it’s a joy to watch him work.