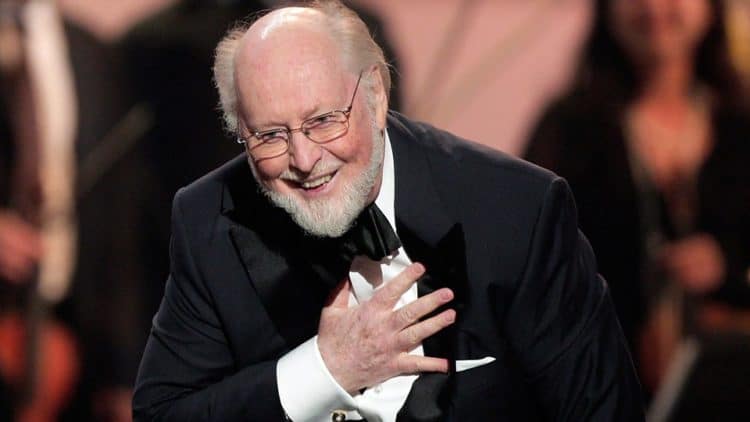 A man like John Williams only needs his name spoken to be truly honored since his name carries that much weight with it. He’s been a person that all through his life has been about the music and loved every single minute of it, even if there were moments here and there that weren’t to his liking. John even served in the US Air Force, where he was still all about the music despite the fact that he did go through basic training. His assignments had more to do with the music that was required for the Air Force than anything, which meant he’s been able to stick with what he loves for a long, long time now. He’s also been responsible for some of the greatest movie soundtracks of all time that have created some of the most well-known as well as most respected tunes that people can recall from just a few chords.

Here are just a few of the movies that he’s helped to make so influential and so special.

The dreaded impact tremor, that has since been explained away as impossible given the vicinity and the girth that the T. Rex would have needed to possess, was at one time the most iconic part of this movie. But the score that was laid down by Williams helped to bring to life the wonder and the majesty of these recreated beasts that allowed audience members to gape in wonder at the imaginings of those that were responsible for bringing them to life. It’s kind of obvious at this time that dinosaurs from the way back might not have looked like this, but the nightmare-fuel that was given to audiences from this movie was enough to make a lot of people think that maybe this was scarier than anything history might have ever produced.

The mood to this movie got a bit dark in some spots but then lightened up considerably once Peter made it to Neverland. At that point everything was bright, bouncy, and even the bad guys took on a more comical note as they were included in the overall frivolity. Even during moments in which some of the most profound horrors were being realized or controversial moments were on the rise, Hook was a fun and light movie that was kept in line by its score a lot of times. If you watch it without the sound however you might just be able to get the darker, more serious aspect of it that lies just beneath.

This movie gave us one of the most iconic scores that still exists today since it can be used in just about any context and be made funny or serious as it needs to be. Of course using it does tend to make anything else kind of amusing since in Jaws it meant that danger was coming, while anywhere else it’s being used as a bit of humor to indicate an undesirable but not dangerous situation. One thing about this movie is that it did demonize sharks in a big way, but then it doesn’t take much to make people fear that which they don’t really understand. As of now people are still afraid of sharks, but it’s easier to see that they’re not always bound to attack humans for no reason.

As a Marvel fan it’s hard not to write in a biased manner about a DC hero, but Superman is obviously one of the greatest heroes to ever come about and when the movie was released people were excited beyond belief since it was a moment in history that everyone wanted to share. Plus, the movie gave us one of the most well-known scores that is still active today since you can hear it in Justice League if you pay attention. One has to wonder what Christopher Reeve might think of the current Superman in this day and age, and if he would have anything to say about it. This movie was one of a kind back in its day, and it would be great if DC could get back to the kind of formula that actually works.

1. Star Wars: Return of the Jedi

So maybe you’re asking why not A New Hope or Empire Strikes Back? That’s kind of easy really, this movie is a culmination of everything that happened in the first two films and therefore is the crescendo and the fallout of what we were all waiting to see. The confrontation between good and evil, the redemption of a lost soul, and the victory of a group that was sorely in need of a rallying cry that would be heard around the galaxy. Of course with the new trilogy it appears that the rallying cry only managed to create new government that went the same way as the one before it, but still this movie was something quite special.

Keep in mind these are just a few of the best movies that John Williams has been a part of.  We didn’t forget Indiana Jones.