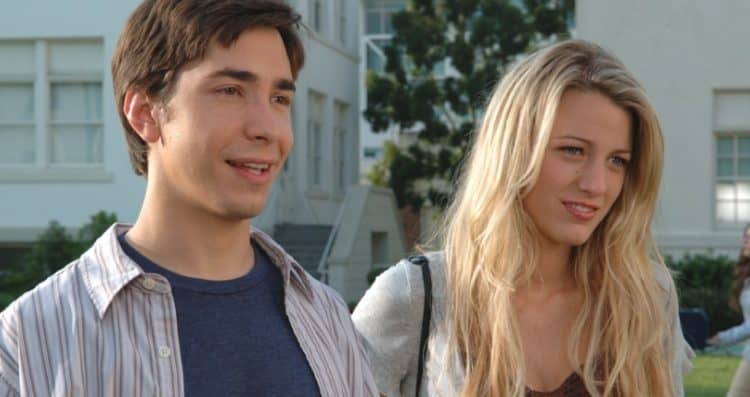 Justin Long is the kind of guy you really want to see in comedy for the most part since he’s got a way about him that can allow drama to be a part of his repertoire, but he’s just so good when he’s being funny. He’s a very talented guy when he’s on screen and it seems as though things just kind of come easy to him when he accepts a role, though it’s also understood that there are things he might have to work at as his time with Bruce Willis on Live Free or Die Hard seemed like it might have been kind of strained and even a bit awkward since action just doesn’t seem to be a big part of what he does. But still, he played his part just fine and has managed to inspire and entertain a lot of people throughout his life so it’s fair to say that he’s one of the better actors out there. As he gets older it seems possible to say that he’ll continue to expand his skill set.

He’s more of a glorified extra in this film but his role is great since he plays a fan that is completely obsessed with the show Galaxy Quest and knows the ins and outs of the entire program, much like a diehard Trekkie might in the real world. But when he and the lead actor of the show bump into one another Long’s character inevitably becomes the one person that Tim Allen’s character has to rely on to help save the day. While the entire movie is kind of a big spoof on Star Trek and the entire fan base it does kind of show how each one of the needs each other in order to validate the entire franchise.

Justin is like the underdog of underdogs in this movie since he’s a good kid but he’s kind of a weakling and doesn’t know how to stand up for himself. When he and the rest of the guys take up the game of Dodgeball in order to save Average Joe’s gym he has a chance to finally be someone and to impress the girl he happens to like so much. The movie is pretty inspirational in a way and goofy at the same time since the characters are over the top and so stereotypical that they can’t help but be funny. Justin is that kid you happen to like and think is a great guy but have to shake your head at while wondering when he’s going to toughen up a bit.

Derry and Trish were taking a road trip together and just happened to come across one of the most malevolent beings that’s ever been created in any movie. The Creeper is a character that is absolutely relentless and upon noticing that Derry and Trish have seen him dumping what looks like a body down a strange hole he takes off after them, pursuing them in a manner that’s nothing less than vindictive as they simply try to survive. The truth of this thing however is something that might have disappointed some people but managed to please a lot of others since this movie eventually became a cult classic.

Let’s put it this way: if you’ve ever worked in the restaurant business then you probably know where these people are coming from, and you likely understand the kind of stuff they go through on a daily basis. Now this movie is a bit extreme when it comes to certain scenes, but all in all the Cardinal Rule does apply when you go out to eat. Don’t mess with people that handle your food, because not all of them are going to be nice, courteous, and respectful once they reach the kitchen where you can’t see or hear them, and there’s no guarantee that they won’t push things to the limit when it comes to preparing your food. Granted, they won’t do anything that will flat out kill you, but if you get sick from something after being rude and obnoxious don’t be too surprised.

The stress of college is, and has been, a big issue with many upon many students that first don’t get in and have to almost beg and plead to get what they want, and then find that what they want is something they can’t handle. A lot of people enter college and do just fine, but others find it to be a step up the educational ladder that’s not for the faint of heart and will crush those that are considered not ready or unworthy of the challenge they’ve taken on. It’s true that we need a better way at times, but students teaching each other seems like something that’s better on paper than in real life.

Justin is definitely a talented man, and it seems as though he’s getting better with each passing year.