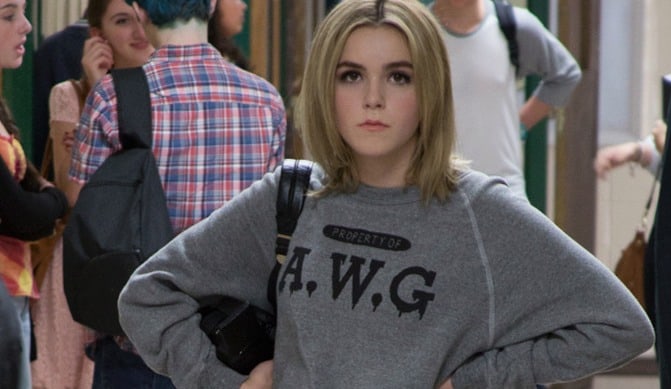 Kiernan Shipka is a young woman that had her start in the business early on when she had no idea what was going on since during her first on screen appearance she was only five months old. Since then she’s showed up in a good number of areas and movies has been just one venue that she’s come to excel in. You might not know her as much as any other actor but at this point she’s still a teenager so it might be that she has some time yet to really develop into the high caliber actress that a lot of people are used to. Given that however it does seem as though she’s already become well-established and is the type that just needs a push in the right direction in order to really get noticed by a wide group of people. After all she is an award-winning actress, so she has what it takes to accept bigger and more prominent roles.

Here are some of her best movies thus far.

This is kind of an odd tale since really a lot of folks don’t tend to think of Amish when it comes to thinking about powers that are more fit for science fiction or fantasy. But when Eva and Zac figure out that they can teleport certain distances as long as they can see where they’re going their father sees it as unnatural and attempts to stop them. Eventually Eva is sent away but slowly makes her way back to her brother, who unknowingly kills their father by trying to teleport with him in tow. As the two reunite they burn their former home to the ground before the movie ends. It’s a touching movie, but kind of odd.

The supernatural nature of this movie indicates a very disturbing and somewhat odd story that a person really has to watch in order to really understand it. But when two young students are accidentally left at a school all on their own they begin to experience rather terrifying things that they can’t fully understand. While one young woman is trying hard to reach the school, the two young women within its walls are just trying to survive as best they can. Among the many movies that have come out over the years this one seems to be among those that needs to be seen at least once in order to share the experience.

Admittedly she’s kind of a bit player in this movie since it focuses largely on Lilly and Gerri, two best friends who fall for the same guy and end up going through emotional hell since he wants Lilly but is pushed on Gerri by Lilly out of her own personal sense of guilt that Gerri wanted him first. You can kind of see how this has a Springer-esque feel to it but it gets even more intriguing as the story goes along and David makes his feelings known as to what Lilly should do if she really wants to keep her friends around. The ending might seem like a man’s fantasy by there is a deeper meaning to it apparently.

2. Flowers in the Attic

If you think you have problems with your parents then you should watch this movie at least once and be reminded that nothing in life is quite that bad as this. Not only does Corrine abandon her kids to live in the attic, she actively seems to forget that she has them as she leaves them to the unkind mercies of her mother, how is about as mean as anyone can get. Throughout their ordeal however the kids learn how to get by and eventually find a way to escape, after which time they eventually decide to vow revenge on their mother. Now if you think your family is bad, chances are they’re nothing compared to this bunch.

There’s not much to this movie save for the fact that it’s one of her best showings yet and has everything to do with her desire to make a film about her favorite band. A lot of high school students tend to take on projects such as this during their time as students and the undertaking is something that requires a great deal of patience, time, and determination. As with most high school movies it’s definitely a coming of age and somewhat amusing movie that details the life of teenagers, but it’s also something that be seen as a fun and engaging movie that people might enjoy watching at least once.

Kiernan is already a well-established actress but it does seem as though her career could stand to be bolstered just a bit by a big-name movie that could help elevate her even further.