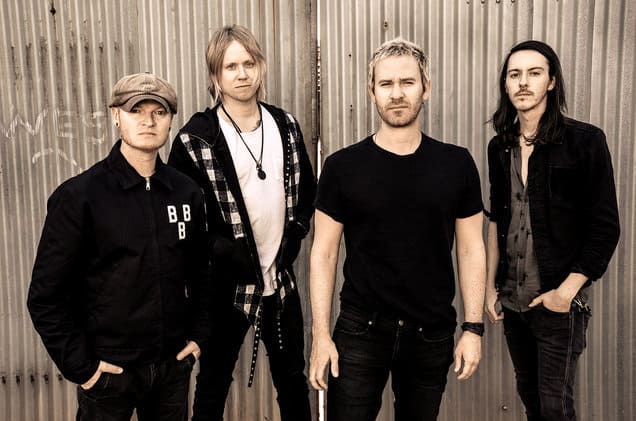 Lifehouse gets mistaken as a Christian band a lot of times but the truth is they’re not a Christian rock band, though their frontman is a Christian. Jason Wade used to write songs as a coping mechanism to help him get through his parents’ divorce, and it would seem that eventually the songs took on a life of their own as he and his fellow band members met throughout the years and played at various schools to begin with. At one point or another their music reached the ears of those that could do something with it and  began to take off as people came to like it and actually wanted to hear more. One of their songs was on the charts for about a year and helped to keep propelling them forward as they swiftly became one of the more popular bands on the scene. To date they’re still around, and they’re still making music that people want to hear.

Here are some of their best songs from their career thus far.

5. From Where You Are

You can imagine that a divorce is hard on the parents, but it’s also a very hard thing on the kids that are involved in the process. Jason Wade is obviously one of those that found a means of coping with the pain that comes with such a separation, and his music was his escape, something that allowed him to simply go away and think on other things. Sometimes that’s what you need, a way to simply forget or at least step away from the type of pain that can cause ruin to your heart and/or mind. Not everyone gets this chance and not everyone has this capability, but such a way of coping usually takes away a lot of the edge that might otherwise prove to be too damaging.

It’s kind of difficult to know just how people would confuse Lifehouse as a Christian rock band, though perhaps the sound and the lyrics are enough for some people to make that mistake. That being said they’re not a hard rock band, nor would they really qualify as alternative it would seem. But they do have a nice soft and pleasing sound that isn’t so timid that one would have any trouble trying to really get into it. Instead they have a rather fun and engaging sound that’s dynamic in the way that it moves and can easily attract a large number of people that want to feel good about their music but also get into it thanks to the energy it brings.

A lot of bands start out in smaller venues that don’t pay a lot, if at all, in an attempt to simply get their names out there and become known. Word of mouth for any band, and in today’s era social media, is important since it allows them to become known by more than just the crowd that comes to see them. Seeing as how they started out playing in school venues it’s not hard to see how Lifehouse could have benefited greatly from word of mouth and even articles and social media, despite the fact that in the 90s social media wasn’t really even a fraction of what it is now. But by the time the 2000s rolled around it became possible to really start sharing information about bands and why they were worth going to see.

2. Hanging By a Moment

This is the song that rocketed them to fame to start with, despite the fact that it’s just one among many. Some bands become known for a wide variety of songs when they first start out and Lifehouse isn’t much different in that regard. But this song is the one that helped them climb the charts and stay on top for about three weeks or so when they really got famous. It’s also the one that a lot of people know and can identify them by. The casual listener might not be able to identify more than one or two of these songs but real fans would undoubtedly be able to listen to all of them and tell you just who it is.

This is another song that people would likely know Lifehouse by since it’s another one that’s gotten a lot of play throughout the years. The message it gives is one that a lot of people care about and agree with, which is a big reason why it’s so popular. Lifehouse is definitely one of those bands that manages to put their finger on the pulse of the people around them, devising their songs in a manner that allow people to feel and relate to what they’re presenting. Sometimes that’s what makes a great band or musician, they listen to the humanity around them.

To this day they’re not the most popular band in the world, but they’re definitely worth their fan base.