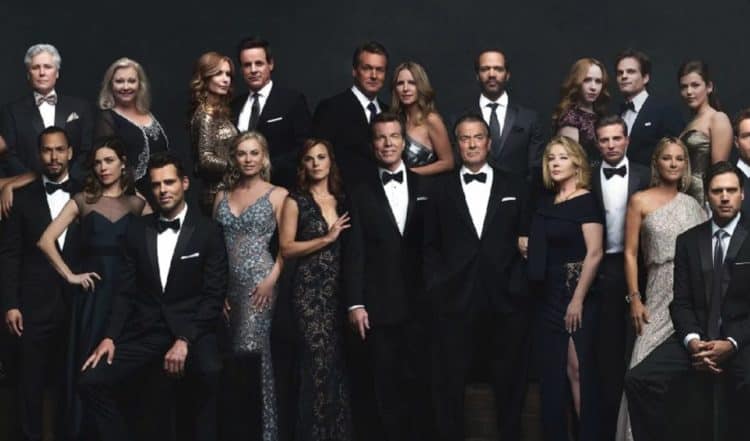 Young and the Restless has been filled with love stories in 2020. However, few of them have ended on a happy note. So many of them have been filled with dramatics and breakups and cheating. When Elena slept with Nate and broke Devon’s heart, we were horrified. When Mariah cheated on Tessa and we all hoped she was finally moving on from the woman we didn’t think was good for her. When Nick was there for Sharon when her cancer was diagnosed and she was heartbroken, we thought they might make a go of it and find love with one another again. So much has happened, but some of the love stories from this year have been really good. Even if they didn’t work out, we are enjoying them.

While we don’t think that they have what it takes to last a long time, we have been enjoying the moments that they’ve been realizing they might have feelings for one another. She needs someone stronger and better for her than Billy, and he’s just yet to grow up enough for us. However, their slow burn has been interesting to watch, and it’s made for quite the love story in 2020. It might be just what we needed in this uncertain time.

We aren’t sure they’ll make it work, or that they’ll make it down the aisle before the holidays, but it’s been nice to see Abby grow up a bit. She’s always been just a little bit petulant and not quite grown enough to make good choices, but she seems to be coming into her own. Chance has helped with that one, and their love story has certainly been one that’s kept us on our toes this year. We hope that they make it down the aisle and that they can put things behind them that have worked against them so far, but we will see as the year comes to a close.

We are heartbroken that she’s cheated on him. We are so hurt that she’s done this to him after all he’s been through, but we really did like them. They were so good with one another, and their love story brought us happiness for a completely different reason. For us, it was seeing him finally decide to take a chance and try to find happiness following the worst year of his life. Losing his pregnant wife and unborn baby, losing his father, and losing his sister for a time before they were able to make up was so hard on both of them. However, we are just happy that he was able to put himself out there, even if it didn’t work. We hated seeing him hurt, but we loved seeing him happy.

Okay, okay, so we might be hypocrites. We like her with Devon, and we hate that she slept with Nate and hurt him, but we kind of love this love story. They are clearly fighting some serious feelings for one another, and it’s magic. They have some serious heat between them, and we are loving watching that unfold. They might not work, and she might not be right for him, but their chemistry is off the charts. Any time we know there is a scene with the two of them coming up, we cannot help but tune in. They’re creating fire together.

We’ve been wanting to see her with the love of her life for a very long time. We did not like him with Lola, and we are glad that did not work out. While things are not working out with Summer and Kyle the way that they might want them to, we’ve been really happy to watch this love story unfold for an entirely different reason. Call us crazy, but we think Summer has matured significantly. She’s refusing to live with Kyle because he is still married. She’s not settling for anything she doesn’t want just so she can keep him. There was a time when we feared she would do anything for him, to be with him, even if it was horribly detrimental to her own mental and physical health. We are so happy to see that she’s got the love of her life, but she’s not giving up her own dreams to keep him. We hope it works for them, but we are also just so happy she’s grown up so much this year. It’s been good for Summer.