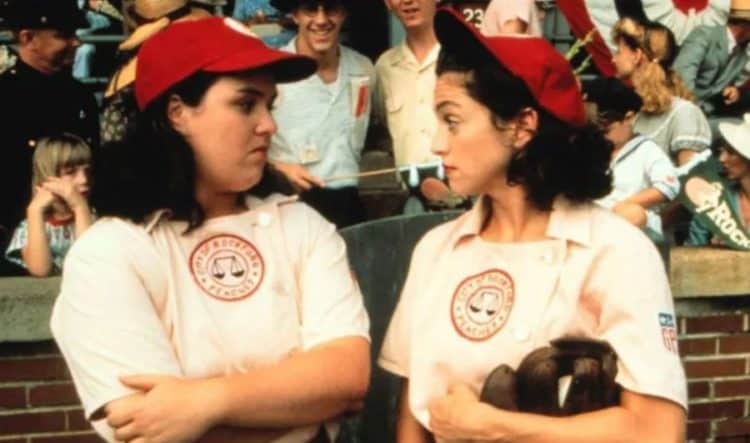 Lately there have been a few issues with the things Madonna says thanks to the outcry against the current president but throughout her career she’s been able to entertain audiences in a big and sometimes shocking way. In movies though she’s usually been a pretty solid actress and someone that can be depended upon to do what is necessary to get the job done and make it convincing as well as genuine enough for people to enjoy. Perhaps the biggest problem with actors comes when they try to enter the political landscape and use whatever expertise they don’t have in order to make arguments that aren’t quite as valid as they think. Madonna has been a great musician and actress for many years, and instead of saying she should stick to this, it seems more prudent to say that she’s had a lot more success at it than she has as a public speaker.

In essence this is the fulfillment of a fantasy that’s thought up by a bored housewife that’s looking for a little excitement in her life and seems to find this through a much wilder and more socially freed woman named Susan. At one point in the movie when a case of mistaken identity sends the housewife into a situation that she doesn’t fully understand but seeks to experience things get a bit kooky and even a little wild but thankfully by the end of the story she’s found the purpose she wanted and the nerve to finally embrace it. In other words it’s a story of wanting something more and finally finding it through a very unconventional method.

This movie is just goofy enough to be great since it doesn’t rely on a ton of special effects but does manage to still be something you could watch over and over since it’s got a definite point to it and a few interesting characters that push the plot forward in a kind of herky-jerky way that some might not like but still gets the job done. Nikki has been locked up for a while in a women’s prison and is wanting to have a bit of fun, the problem is that she and Louden, the man charged with seeing her to the bus station and safely away from those she could implicate in the murder of her boyfriend, seem to be at odds with one another through most of the movie, at least until he starts to believe her story and seeks to help her out.

Poor Ted the bellhop is having kind of a bad night since he has a heap of trouble between several different rooms and has no idea how to handle them. From being held at gunpoint to dealing with two very rascally kids to finding a dead hooker in a mattress to being suckered in by a coven of witches for, well, let’s just say adult recreation, he’s having a rather long night and is seriously thinking of quitting about halfway in. Madonna isn’t the main character in this one but she does play a very interesting role as one of the witches and does display the kind of attitude that people have come to know her for.

This was likely one of the most powerful movies that Madonna was ever in since it portrayed her as the First Lady and also someone that helped to influence and change the region in a big way when she supported the man that became her husband and even managed to convince his jailers to set him free. The people loved the two of them and went on to revere her so greatly that upon being diagnosed with cancer they held vigils in her honor and were devastated when she passed. While some might claim she didn’t do much and was a typical political figure, others would likely disagree and say she was a strong woman that did more than her part.

1. A League of Their Own

This movie was great for several reasons but largely because it showed that women could and would gladly step up to the plate when asked to do so. Baseball is a sport that everyone can enjoy in this country and when the ladies formed their own league it was seen as ridiculous by some and absolutely great by others. Mae was perhaps one of the most wild women on the team and didn’t hesitate to speak her mind, but she was also one of the most dedicated teammates as well and was there for her fellow women when she was needed.

You can say what you like about her and the career choices she’s made, but Madonna has been an icon for many a year.