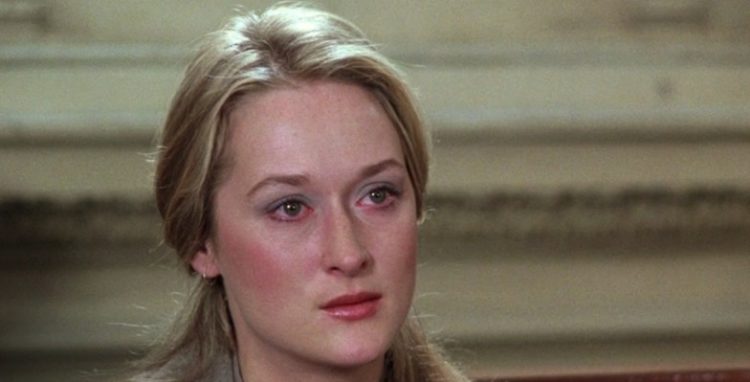 You either like Meryl Streep or you don’t, there’s not a lot of in-between when it comes to this woman even if someone were to state that this is wrong and many people have no opinion. The truth of it is that she has amazed and wowed many people throughout her career and gone so far as to alienate others in ways she is well aware of and in other ways that she might not have intended but still happened. That doesn’t erase the fact that she is a great actress and has created a legendary career that many aspire to. No matter what is said her reputation as one of the very best is something that can’t be tarnished for the simple reason that she has attained a level of skill and has the kind of talents that are more than enough to create an epic character in just about any movie she makes.

Here are just a few of her best movies to date.

Being divorced is pretty hard to be honest, especially if the two in question share anything other than memories together. If they happen to have had a family then the kids are a big reason why divorced folks will remain in touch since it’s important to maintain that both parents still love their kids. But their personal lives are another matter, and in this case Streep’s character is highly susceptible to the charms of her ex despite the fact that she would much rather stay away from him and begin a new relationship with a man that she finds attractive and quite interesting. When the ex gets wind of this however he turns up the heat and hilarity ensues.

This film was something that seemed to promise hardship from the start as it took a look at hard men doing hard work and enjoying themselves in a very rough and tumble, kind of down home way that seemed entirely comfortable. Not long after one of the friends gets married they ship off to Vietnam and are swiftly embroiled in a tide of violence, madness, and horror that none of them remain untouched by as only a couple of them return home, and only one of them unscathed from the ordeal they’ve gone through. One of them decides to stay in Vietnam, leaving his girlfriend behind to wonder what’s become of him, and later on slipping further into the madness that has gripped him so firmly.

The possibility of damaging a person’s career when expressing doubts about their character are like trying to shoot at birds in the dark. There’s a possibility that the accusations might miss their mark, but then there’s also a possibility that such shots will cause more collateral damage than is necessary. Streep’s character in this film is a very stern woman that doesn’t back down easily and once determined to have her say will have it one way or another. The only problem is that her vendetta against the pastor in this movie is that she goes to lengths that are normally reserved for those that are not bound to tell the truth no matter what.

People get divorced for many different reasons, but the fallout is usually the same from one couple to another, with exceptions of course. The moment the couple splits, if they have children, things become a great deal harder and the custody of the child becomes a massive issue that has to be worked out and tends to make an even bigger mess as the concern over who will be able to raise the child in a fitting manner becomes something that is often contended. For a long time women have been considered to be better at raising children on their own than men thanks to the maternal instinct. But the fallacy of this is that not every child desires to go with their mother in a divorce.

The choices we make tend to be reflected in the lives we choose to lead, or they become shrouded in the folds of a past that we’d rather forget. Sophie comes off not as a good or bad person, but more along the lines of someone that had to make a terrible choice that condemned her in some unspoken way to a life that could be happy but would likely be fraught with misery that waited around every corner. When she hooked up with Nathan that prophecy seemed to come true as leaving him would have been quite painful and likely have driven him mad, while staying meant enduring his jealous rages and the abuse that he heaped upon her in the form of one tirade after another. The past can come back in many different ways to harm us if it’s not dealt with.

She is a great actress, no matter what people think of her.