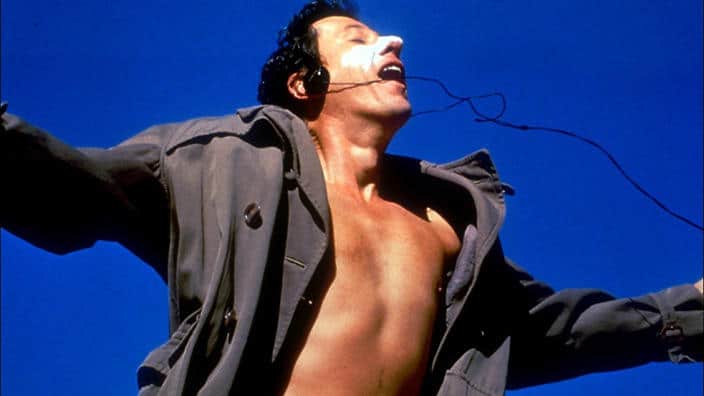 A lot of people look at a piano and think ‘maybe’. Maybe they could learn if they sat down and practiced, maybe they could learn if they really tried. Maybe the sky would fall down if not gravity too. Oh it’s very possible to learn to play the piano and don’t let anyone tell you different, but as you see in the movies there is some truth the idea of playing the piano since it’s an instrument that needs to be felt as much as heard. That might not make full sense to you but in a way playing the piano is like writing, you have to hit the keys just right and you’ve got have a feel for it or anything and everything that comes out is going to be gibberish that your audience won’t understand any better than you do. It is a challenge in most cases that takes a lot out of the performer, and demands more than it gives at times.

Here are some of the best movies about piano players.

Some acts do tend to get stale over time since they don’t change enough, but when Frank and Jack take on Susie as an addition to their own act they come to find that Jack has been holding back a desire to go out on his own for a while. While Susie does manage to complicate things she really only exacerbates a situation that was already in the making, acting as a catalyst that finally tears the brothers apart. Eventually though things do quiet down, Frank accepts that his brother wants to go solo, and Jack admits to Susie that he does have feelings for her. Sometimes things do have to break in order to show people how they should be.

Those that are seen to have troubled and very difficult lives are sometimes among the most gifted people that we’ve ever met and David is one of those that has an aptitude for music that is simply unparalleled. But the downfall is that he doesn’t know much about the world around him and is quite manic in his speech patterns as well as his behavior. On the piano he is an absolute genius and can take on some of the most challenging pieces ever written, but once again he doesn’t know when to stop or when to listen to his body as it gives him warning signs about how far he’s pushing himself.

Whether you want to believe any of this story or simply what is written in the history books is up to you to be honest but let’s do remember that movies are a representation of history, not the factual data that is left behind. That being said it’s also true that people will write down and create historical records that are not entirely accurate at times. But one thing that is clear is that Amadeus was one of the greatest musicians to ever grace a concert hall, and one thing that makes him, and many others like, infinitely greater than any musician today is that they came up with pieces that are still the basis of many upon many songs today, and those that came before did it on their own, fitting notes and chords together by ear alone.

Jerry Lee Lewis wasn’t a complicated man, he wanted to do his own thing and if anyone told him that he was going to hell then he’d likely agree and claim that he was going there to play the piano. While the movie is said to portray him in a much more negative light than was true in real life the idea that Jerry Lee was never a troublemaker is one that’s hard to wrap your head around since the truth, if you want to read, is that he was kind of a wild child when he was younger and did things the way he wanted. While the movie might stretch it a bit, the truth is something that you can’t really deny when he’s admitted to so much.

Ever notice that a lot of musicians come from a troubled past that was partly out of their control and partly their own fault? Ray Charles didn’t escape that stigma since by the age of 7 he was blind, by the age of 14 he’d lost his mother, and throughout his life he had a laundry list of challenges to overcome. But his music was great, there was no doubt of this and it’ why he lives on in our hearts and minds as a legend that brought us something that few had ever dared to try. While he did struggle with drugs for a long time he eventually cleaned himself up and his life went on until the early 2000s when he passed away.

Piano players are quite skilled when you think about it, but their touch has to be just right.