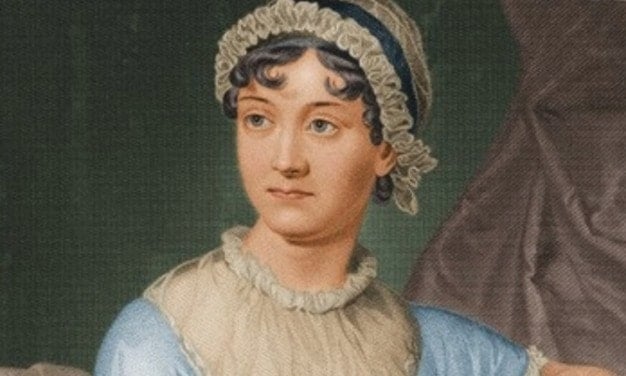 Let’s put this simply: Jane Austen is not for everyone. She was a great writer, had a lot of great ideas when it came to a worthy story, and was capable of holding her readers’ attention at length and was among the best artists of her time when it came to the written word. But her ideas in this day and age, while still viable and very strong in our current society, are still somewhat dated and have to be parsed through in order to get the main point. That’s why movies that are based on her novels tend to be period pieces rather than updated works that people can easily relate to and understand. You could argue that people can understand the plight of the women in the period pieces and it would be an honest comprehension, but the women of this age, no matter who wants to argue about it, have a great deal more freedom and flexibility with their societal standing than many of the women in Jane Austen’s novels.

Here are a few movies that were based on or were directly taken from her works.

One has to wonder how the nobles of the world rose so high in station as to believe themselves capable of being above those they call commoners and thereby able to do and say anything they want. The ability to cut people out of inheritances, to disown them and leave them penniless, and to browbeat them until they realize that they’re lower than scum in some cases is a theme that shows up in a few of Austen’s novels and she uses it more than once as a way to affirm the order of society within her stories as well as a way to put some distance between certain characters in order to outline their differences.

Playing matchmaker is never that great of an idea unless you’re actually good at it, and claiming credit for getting people together is even worse since it can be called out as a lie if a person isn’t careful. Calling Emma naive is kind of an understatement since she seems to have no idea what she’s doing when it comes to setting people up with each other and doesn’t even bother to do any fact-checking that might help her understand their motivations and possible matches that have already occurred. It’s kind of like trying to solve a puzzle without the finished picture in mind, it’s possible but also quite difficult.

When you talk about social standing then you’re talking about something Cher knows a lot about since she happens to be one of the people that has her finger on the pulse of what’s happening in the world, or at least thinks she does. The mere fact that she manages to pull passing grades in school means she’s not a complete bubblehead, but the way she talks and the things she says at times really make people wonder if she’s capable of walking and chewing gum at the same time. Plus, her attitude towards anyone that she deems isn’t worth her time is the kind of red flag that seems to indicate that she’s not all that worldly.

Let’s be honest, women in society have had a lot of work to do when it comes to being their own people and not being taken advantage of. It’s easy to agree that women in this day and age that are where they want to be because they wanted to be there are impressive individuals since they had the gumption to get up and go do something for themselves. But it’s also impressive that they’ve managed to do more than that and become the kind of people that they want as well as need to be. Bridget is that kind of woman, though it does take her a bit to find herself and really get into the swing of this new life.

It would be a very barren and unloving world if people were to marry by station and rank all the time and not follow their hearts more often. It’s a great fear of many to have to live penniless no matter if two people are in love or not, but it’s an even bigger fear to die alone. Elizabeth is a bit of a snob to be honest but is very certain of her heart at the very least and does not want to accept the match that would set her up nicely with Collins. But she still doesn’t make things easier as she continues to berate Darcy throughout much of the film until finally she can’t deny that she is in love with him and wants to be with him for the rest of her life.

Jane Austen certainly knew how to spin a tale.