Home
Movies
The Five Best Movies That are Over Three Hours 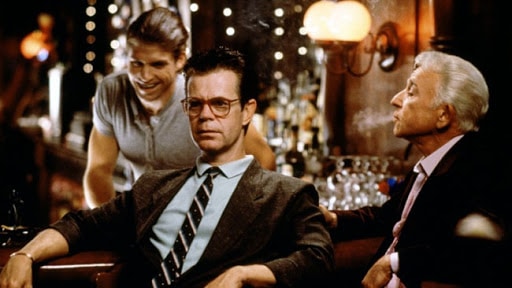 There’s a big difference between watching a 3-hour movie in the movie theater and watching it at home. For one, being in the theater there’s not a lot of places to go and you can’t exactly hit the pause button to get up and go to the bathroom when you need to. Face it, a lot of people will find the need to get up and move after about an hour and a half or so, and if the movie is good enough no one wants to miss anything. At home though a person can pause the movie, unless it’s on TV and hasn’t been recorded, and get up and stretch occasionally and move about. With some movies it’s easy to stick around for the whole thing no matter if your bladder is screaming at you and your joints are getting sore, as the story might be gripping enough that you want to keep watching regardless of the fact that sitting around for such a long stretch just isn’t in your body’s best interests a lot of the time. As those at Vulture might agree however, there are those times when it feels worth it since letting a story play out without pausing or disrupting it somehow is sometimes preferable.

With that in mind here are five of the best movies that had a running time of over 3 hours.

Does anyone else remember this movie causing a stir when it came out? It’s fitting really since the real Malcolm X did in fact create quite a stir in the American system during his time and for a number of reasons both good and bad. He didn’t have a perfect life obviously, but Malcolm eventually did what he could to create a world where inequality and injustice were not as tolerated and were called out on a regular basis as he advocated for black people in America and did his best to bring his message and that of his people’s to the consciousness of those around them. Sadly he was gunned down at one point, but there are still plenty of people willing to abide by the work he started and that continue to look at him as an example of what can happen if someone stands up.

Magnolia might actually be kind of confusing to some folks if they’re not watching carefully as it does take the tales of several people and weaves them in and out through the main narrative as the story goes along. If a person is willing to sit through this movie they’ll figure out eventually just what it all means and likely take a good deal of pleasure in having worked their way through it, otherwise it does feel a little disjointed here and there and is bound to cause a lot of confusion. It does feel safe to say that without the all-star cast this movie was given that it might not have done that well.

It’s hard to say that this movie tops the first one since the first was and still is one of the best movies ever made. But the one advantage that part 2 has over the original is that we get to see Vito Corleone’s early years as he rose up from the streets to become a powerful and well-respected member of society, using means that some might call underhanded and altogether vicious, but definitely effective. It also took us deeper into Michael’s life as he continued to play the role of Don Corleone and had to deal with one difficulty after another as it popped up, from an attempt on his and his family’s lives to the betrayal committed by his own brother.

The culmination of so many movies, so many story lines, and a great deal of work finally came together in this movie in a way that had fans itching to get into the theaters and see just how it would all end. The fact that Thanos won and obliterated half the universe the Avengers were reeling, but after convincing themselves that they could get it all back if they had the Infinity Stones they came up with a plan that wasn’t simple in any way but was still the last hope they had, and therefore worth the risk that they would be taking. The fact that it ended in the death of such a key character was worth it to many people as it was in effect a way to move on and continue the MCU in a new way.

It’s not hard to believe that people would watch this movie multiple times, back to back, and would enjoy it just as much each and every time. Okay maybe it’s a LITTLE hard to believe, but it did happen with many people since for one reason or another Titanic was considered one of the best movies of its time and therefore earned a distinction that not a lot of movies get during their time in front of the public. It became legendary not long after it was released and even now people get a certain look on their face when talking about it. Something about a love story of this proportion just grabs at some viewers.

It’s a long time to sit for a movie, but a lot of people figure it’s worth it.