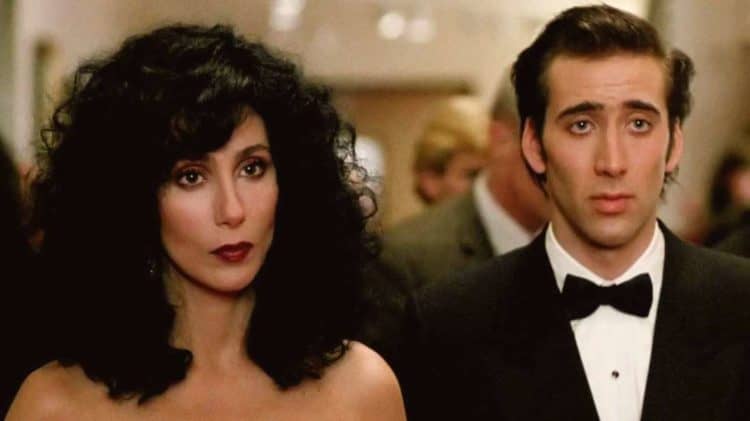 Nicolas Cage has been featured in a lot of lists and not all of them have been complimentary since it’s been seen that his career has gone up and down throughout the years. But in all honesty he’s earned his place in show business just like anyone else and, opinions being what they are, he’s had to suffer the slings and arrows of critics and fans alike. Some are warranted, some are not, but throughout it all the only worst enemy he’s ever had is himself since he’s the main reason why he has to keep working and making movies as many of them show up on DVD or on Netflix at this point. But one thing you can never debate is that he is worthy of being on screen so long as he’s doing parts that actually seem to make sense for him. Action, drama, comedy, he’s done quite a bit of everything, and he’s excelled at all of it at one point or another.

Here are some of his best movies to prove that.

Ben is a man that doesn’t want to change, while Sera is someone that feels no need to change but isn’t happy with her life. When the two of them meet it’s not on the best of terms since Ben is seeking to drink himself to death and Sera has been left by her pimp to do her own thing. When they do end up forming a rapport they still find it possible to get on one another’s nerves without fail as they are very different people and don’t want to be hemmed in by rules or the edicts of another person. When Sera is gang-raped however she seeks Ben out and finds that he’s on his deathbed. In the final moments of his life they’re together at least, and she comes to realize that she accepted him for who he was.

It’s odd how things happen sometimes. Johnny is promised to Loretta before he goes off to tend to his mother that is deathly ill, while Ronny and Loretta meet and find out that they can’t stand each other initially. Yet Ronny and Loretta still end up sleeping together and as Loretta feels horrible about it she realizes her father is stepping out on her mother as well. Despite this knowledge she and her father agree to say nothing since they are both in effect cheating on those they love. When Johnny breaks off the engagement after returning home however Ronny is quick to borrow the ring and ask Loretta to marry him, to which she agrees. It’s enough to make your head spin.

You can’t say Castor Troy has no conscience, but you can easily say that he chooses when to use it. For instance, he has no problem unleashing an explosion on LA that could kill thousands if not millions of people, but when it comes to watching a young woman being raped in a car he’s very much a man of action. Even killers have a code now and again, and yet it seems as though he might abandon it if pressed since he’s not exactly above taking hostages and threatening those that are simply in his way. In short, Castor is the kind of guy that will flip his conscience on and off like a switch, while Sean is the guy that keeps it switched on constantly, jamming his finger against it just to make sure it doesn’t slip.

The thing about Roy is that he has a massive case of OCD that only gets worse as things don’t go his way. But as a con man you would think this would be something that might ruin his career at the very least, and out him as a criminal to many simply because he can’t control it. When a young woman claiming to be his daughter shows up and rocks his world anew however he begins to fall apart at the seams, and the fact that his supposed partner in crime and the guy he depends on is running a scam on him doesn’t help. By the end of the movie it’s discovered that the girl isn’t his daughter and that he’s finally made peace with his own inner demons in a way.

The road not taken is something that a lot of people might wonder about but few ever get to experience since once we head down that path it’s hard to go back the other way. Jack however gets a glimpse of what life might have been like if he’d stayed with the woman he loved instead of going off and creating a new image. It’s messy, it’s disruptive, and it’s definitely not a sane environment being a parent and a husband, but in the end it’s somehow far more fulfilling since you know that there’s someone that’s going to remember you.

Nicolas Cage is an oddball sometimes, but he’s a talented oddball.