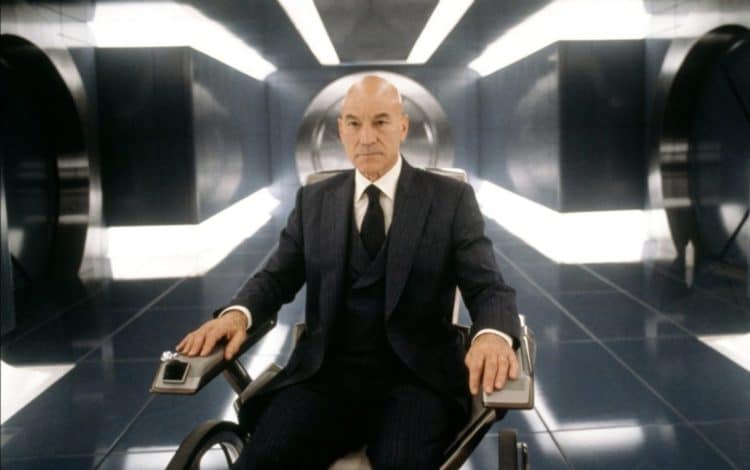 Patrick Stewart is really the type of actor that a lot of people might feel is more inclined to be seen as a classical and very celebrated individual that wouldn’t stoop to doing even half of the projects he’s been on throughout the years. But then they’d be wrong since he tends to have a lot to offer pretty much any movie he’s in and has done so beautifully throughout the years considering that he’s taken on at least a few very iconic roles that people have come to really enjoy. There have been movies that seem as though they’re a little beneath his notice and might have been best left as something given to another actor, but he’s usually a pretty good sport and has been shown to enjoy having fun on the set from time to time, so it’s fair to say that he’s also the kind of guy that doesn’t position himself so far above others as to seem an authority on all that is acting. In other words he’s just like any other actor, but there is a certain amount of dignity to his person that seems to argue against his need to appear in some movies.

If Marvel started going off the rails early this movie was a serious hit since it took the history of the X-Men, one of the greatest teams ever created, and ripped it apart only to cram it back together using a few founding members and a few popular characters that could make it work. You can bet that a lot of fans had a conniption about this since they were really hoping to see the original team or possibly the replacement team that came after the originals, but what we got was something that seemed like it was one giant melting pot in which only some of the ingredients really worked. That being said though it was an attempt to bring the X-Men in that worked since they made several more movies afterward.

This movie was considered to be pretty middle of the road as far as conspiracy movies go since it didn’t really move along in any grandiose way and it certainly didn’t seek to uncover the plots that Jerry was talking about so often. But it was enjoyable since it was kind of a localized movie concerning one man and his somewhat manic obsession with conspiracies. Finding out that he was a former operative was kind of interesting and learning that Stewart was his handler and was trying to kill him heightened the level of interest for a few people since it made for the classic good vs. evil bit, only this case the good was considered crazy.

Okay, so who else can call Lt. Worf a coward and get away with it? The Klingon officer’s regard for Captain Picard was so great that the insult still managed to tick him off but not to the point that he was going to abandon all reason and simply strike Jean Luc down in a fit of rage. Of course in this instance the best idea was to blow up the ship and simply live out the remaining years on an earth that was bound for something better, but seeing as he’d already given so much to the Borg in his life as it was, Picard wasn’t about to back down and hand them another victory, at least not while his blood was still up.

It’s kind of funny how so many movies are being tagged and lambasted for their ill-fitting societal quirks these days and yet some of the classics have been curiously immune. That’s all well and good though since Excalibur is a timeless tale that should be left alone considering that it’s one of the many in human history that has a startling number of potentially offensive elements that people have allowed to stand for a long time now. And why not? It’s set in a different era, when people reacted to one another differently and were far more close-minded than people are now. It’ll be interesting if people ever come to realize this.

Having a seizure is no joke, but when it’s Charles Xavier having a seizure it means serious trouble for anyone that’s within range, and considering the level of power he possesses that range could be quite large. Thankfully in his old age it would seem that Charles’ powers have diminished just enough that one of his seizures only affects a certain area, but the effects are still devastating since his mind seems to simply reach out and grip anyone within range in a violent fit that leaves them floored, stunned, or possibly dead since the power that he holds is still considerable enough to do some major damage.

Patrick has been great at just about everything he’s done so far in his career.