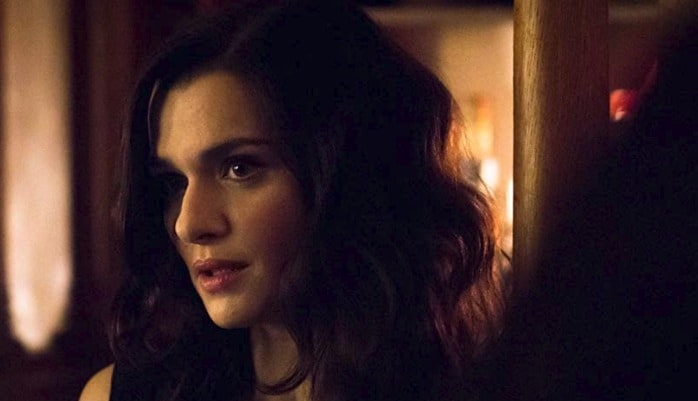 Rachel Weisz is the kind of actress that seems to make some folks feel bad if they give her any negative criticisms. Critics being what they are however it’s easy to see how they might cast aspersions and then move on without thinking another thing about it. But in all honesty she’s not a comedian, though she can play up funny scenes in a very calm and measured way, and she’s not entirely the type that seems like she can handle action scenes, but she’s held her own throughout her career thus far. In short she’s someone that can do a little of everything but a lot of only a few things. Rachel is the type of class-act though that gives everything she does the absolute best she can give, which is enough to say that she’s done fairly well in just about every role she’s been given.

I can see readers rolling their eyes now since quite honestly The Mummy is a movie that’s been driven hard into the muck and put away still dripping some type of foulness that clings to any version that’s ever been as well as The Scorpion King since this film introduced him. But all in all it did eclipse the first remake in terms of money earned and reputation, and ignoring any inconsistencies or gaping plot holes it allowed Evelyn to really expound and broaden as a character since in this film she’s now tied to the past in a very big way as she’s a reincarnated Egyptian princess that was there when Imhotep decided to kill her father.

4. Oz the Great and Powerful

It seems as though some of her movies really don’t get a fair shake since as an origin movie to the original Wizard of Oz this one seems fairly well-done, especially since it keeps to the broad strokes of the story and doesn’t deviate nearly as much as people seem to think. Oz was after all a phony to begin with and didn’t have any serious magic that could turn the tide of any battle. But he did have the type of ingenuity and flair for a good show that made it possible to ward off two very powerful witches that sought to destroy him and the land of Oz. And let’s look at it this way, we got to see the character that wore the ruby slippers this time, we didn’t have to settle for just her feet and ankles.

3. Enemy at the Gates

Being a sniper isn’t as glamorous as some of the films seem to show. In this movie the role of a sniper is painted fairly accurately in some instances and not so much in others. One thing that people need to remember about this particular war however is that it made soldiers out of men and women that were essentially nobodies at first, and the most skilled among them numbered very few, while many were simply fodder with a gun. Vasily was easy to focus upon as he had the most skill in his company, but sending him against a skilled and seasoned sniper was akin to sending a field mouse out to kill a cobra. There’s minimal chance of success at best, unless the mouse is able to somehow trick the snake into thinking that they’ve won.

It might be possible to get lost in this story, in fact it’s very possible, but so long as you pay attention and come to understand the meaning between the three different stories then you’ll grasp the mastery of it, and why it’s so important. Izzi is dying, though in the story she’s writing the queen is on the verge of losing her kingdom, and in the far-flung future the tree that Tom is tending is slowly dying, but doesn’t perish until they reach the star that is about to go supernova. In all three iterations the cycle of life and death is visited in varying degrees of urgency, acceptance, and inevitability.

The most amusing part of this story is that it was written with cigarette companies in mind, though considering when it was written and then published it might seem more likely that the studio heads wanted to switch things up and go in a different direction with the same story. If it had come out in this day and age it’s fair to say that it might have met just as much resistance however, given how gun control has been such a big issue. But the overall story is the trial over the wrongful death of a man that was gunned down in the beginning of the movie with a firearm that was illegally obtained and thus makes the company liable in some way.

Honestly it’s harder to criticize Rachel than it is to praise her.