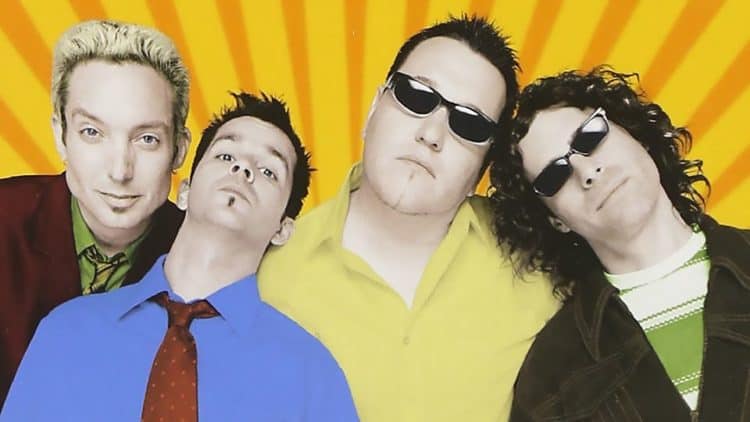 Formed in the 90s, Smash Mouth has gone through a lot of lineup changes with only a couple of members staying on the entire time. Quite a few of those that have come and gone have been touring members and others have come and gone for other various reasons. They were a perfect band for the 90s since their sound was light enough but carried a definite edge that was really appreciated among many listeners and kind of summed up the whole experience of the decade in a much more lighthearted way than a lot of other artists that took their music in a different direction. As of now they’re still fairly popular but in a more nostalgic kind of way since it’s been over 2 decades since they came out swinging and were so widely accepted by a fan base that might still count them among their favorites.

Here are five of their greatest and most recognized songs.

5. Then The Morning Comes

The overall style and sound of their music has almost always been the kind that has been a mishmash of a lot of different elements that go into making them the kind of band that does in fact belong to one particular genre, but at the same time is still kind of a unique thing on its own. The overall theme of the song is fun since it indicates that the world we see upon waking each morning is going to be something that we can make as we want it. However you are in terms of the world around you makes all the difference as to how you’re going to make it work in your favor.

War made this track popular to start with, but Smash Mouth has obviously done what they could to update it and make it a little more enticing for the audiences of the 90s era. You can easily admit that it’s a little more dynamic in the way it moves and definitely has a pace that keeps it moving at a clip that’s a lot more acceptable to those that were growing up in this era. In many ways it’s a great homage to the original version since the song itself is something that a lot of people enjoy since it promotes a much more amenable way of living with one another rather than the daily conflict we live with.

If you want a song that could be said to have really launched their career into another level this one would be it. The track was heard throughout the 90s and even the early 2000s so often that a lot of people actually got sick of it despite the fact that they would admit to liking it all the same. What’s more interesting than this is that during the filming of the video the band members actually came out and admitted that certain shots were hard to film since the scenes in which they had to lay on the ground were kind of difficult given that the ground beneath them was unbearably hot.

It’s not every band that can do the original songs they adapt as their own this proud since quite honestly the Monkees were a famed and insanely popular band during their time, and for many their songs might have seemed almost sacrosanct in terms of being reproduced. But Smash Mouth took this song and created something that was great to hear since not only was it a new version of an old favorite, but it was also attached to a movie that became an phenomenon in popular culture that inspired many upon many people. Honestly, if you haven’t seen Shrek by now then you might want to take a look and wait for this song at the end.

Mystery Men was actually a rather dumb movie that didn’t take a whole lot of thought to watch, but it had a great soundtrack to go with it. The whole idea of the song is something that made it a great track to use in a lot of different ways once it was released, but the movie it was featured in was something that was kind of fun since while it was a great song the movie was kind of an oddity that you might think is better off being labeled as a mystery that might never be solved, alluding to why it was ever made. But all in all the song itself is something that’s still fun to listen to since it might remind you that the movie was at least a little bit fun. Even the most ridiculous movies have their bright points after all.

Smash Mouth is still a great band and it could be that their time is coming around again.