Home
Music
The Five Best Songs from the Coco Soundtrack 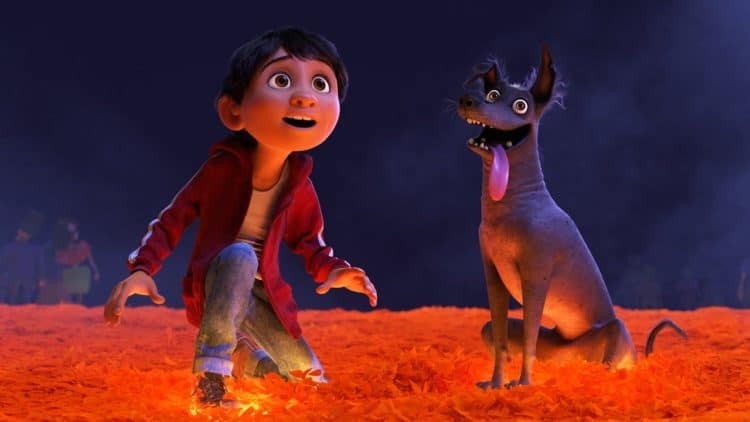 Coco is one of the most touching tales to come along in the Disney stable in recent times and is one of the few that seeks to honor the traditions that it builds upon. Miguel belongs to a family that knows no love for music and hasn’t since their elder, Coco, turned away from it so long ago. Her father apparently abandoned her and her mother for a career and thus she grew to hate music and banned it within her family. Miguel however is the rare person in his family that loves music and is willing to defy everyone in order to do what he loves, which is to sing and to play the guitar. When he’s transported to the land of the dead however he has to find a way to return home and to return the memory of Coco’s father, his ancestor, to the glory that he needs so that he can be remember.

Here are five of the best songs from the movie.

It seems that a life without music wouldn’t be worth living in some cases despite the fact that there are some people that either claim to not like music or do in fact hate everything musical. To some people it’s just a bunch of noise put to pattern and rhythm that doesn’t make much sense, while to others it’s a way of life that we can’t help but find a need for since it makes life worth living at times. Miguel is one of those individuals that feels the music and must find a way to express it as this is his character and one of the reasons why he exists. But being born into a family that doesn’t enjoy music is less than helpful.

Traveling to the land of the dead while you’re still alive would be a rather perilous journey it seems since there are no doubt many ways for a person to be caught in such a spot and there are no doubt many creatures in Mexican lore that would ferret such souls out. The tales that have been spun concerning the land of the dead have, over the years, been quite numerous and always impressive, but one might think that this movie offers a rather pleasing and calming take on it, at least until it’s found out that Miguel is in fact still among the living. Then things kind of take a left turn.

The whole idea of why Coco hates music has everything to do with her father and what she thought he did, namely leaving her and her mother in order to become a famous musician. But had they known the truth they might have confronted Ernesto first thing in order to gain some measure of justice for their father and husband. But Ernesto was sly and made his former partner simply disappear, leaving others to think that he’d taken off for parts unknown and not given a care to his wife and child. It takes a truly despicable individual to take what belongs to someone else and then make sure they’re never around to say anything about it.

The idea of going to the land of the dead is an enticing one for many people since a lot of folks would love to speak to old ancestors or those that have passed on recently for guidance and just to say hi occasionally. But as you see in the film the consequences for staying in such a place are high since Miguel would have been unable to return to the land of the living if he stuck around, and would have been lost. There’s a lesson in there, we might miss those that have gone on before us, but they’re where they belong now, and so long as we hold onto their memory they’re never really gone, no matter the distance between us.

Coco is a touching tale that has kind of come and gone in its popularity like a lot of other movies. The importance behind it however is partly in the fact that it’s showing diversity in a company that for a long time has been criticized for showing Caucasians aplenty but few if any really diverse characters. While it’s true that Disney still has a wide selection of films that don’t dip into the highly diverse gene pool they are starting come out with more and more films and shows that depict other cultures and characters that show a very wide array of cultures and are bringing more and more diverse stories to the public.

Coco isn’t the only Hispanic animated feature that Disney has produced either, as many parents might know about Elena of Avalor by now. It’s slow in coming, but Disney is gaining diversity as the years roll by.