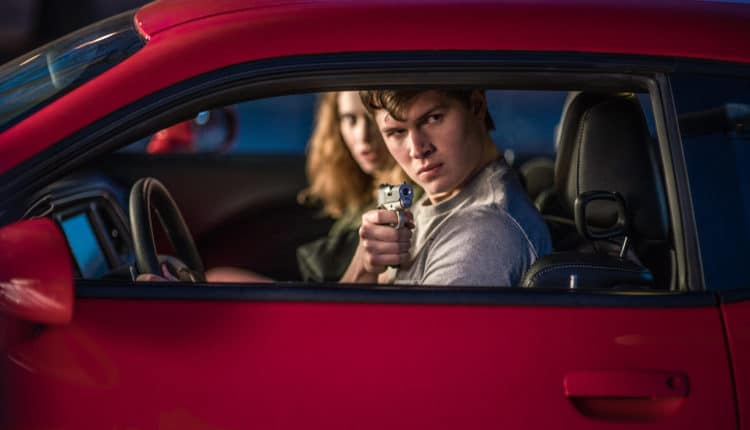 Baby Driver is one of those movies that you look at and maybe think ‘yeah right’ before deciding to take the two-hour plunge and chance that it might be a decent movie. What you might find is that it’s really not that bad and has a decent story to it if not a whole lot of content that seems worth making a movie over. But the driving scenes are kind of impressive and make you wonder if you’d ever be able to replicate it in your own car. Obviously you don’t want to do that but the music that’s used in this movie and the feeling that such tracks bring to mind is enough to at least fantasize about it. Baby is perhaps one of the more skilled drivers that’s been seen in the movies but he has one very big failing, he has a big heart and isn’t exactly an aggressive person. But all in all the movie was pretty good.

The soundtrack to this movie is on point but there are a few things that are kind of confusing. Wouldn’t a security guard to a bank be able to see these three coming in? Even if he didn’t, wouldn’t someone be able to hit the panic button before they started rounding everyone up? The easy way to explain this would be delayed reaction time and the fact that they’re all wage earners that aren’t about to risk their lives for a bank that’s insured. But still, there are a few glaring plot holes in this movie that didn’t seem to get looked at too closely by the director. It was likely done this way on purpose but in the real world it still seems unlikely.

One thing about this movie is that it offers a no-way-out scenario that Baby is desperately trying to find a way out of since he owes his handler a great deal of money, but it almost sounds like the guy is still going to hold onto Baby for his services after the debt is paid. But he does manage to do the right thing when his back is to the wall and the lot of them are about to go down after a botched job that’s partly Baby’s fault since he couldn’t allow innocent people to be gunned down for no better reason than because one person on the crew was a raging psychopath. Of course since it led to the death of another member of the crew the surviving member wasn’t about to let that go without a fight.

There are a few rules you might want to follow when dealing with criminals. One is to assume that none of them are trustworthy, and another is that you might want to think twice about sending someone that has an itchy trigger finger to broker a deal. The scene in which the group is supposed to be purchasing firearms and munitions from a well-known contact was bound to go sky high when just one person decided that the sellers were cops and couldn’t be trusted. Of course this only led to more problems since killing a contact, be they cops or not, is kind of a big no-no in criminal etiquette. The moment you kill a contact people just don’t trust you anymore. Weird how that happens.

The only explanation for this scene and the fact that Baby didn’t run into more people would be that it’s either a holiday and a lot of people are out of town, or it’s a point in the day when there just isn’t a lot of foot traffic, which in the city doesn’t tend to happen until it’s late at night or super early in the morning. Of course that kind of depends on the city since there are some locations where you could theoretically dance down the street and never hit another person. But in a big city like this it doesn’t seem likely that he wouldn’t be tripping over every other person as he went to get coffee.

Obviously Baby love his music, but being able to understand everything that’s being said to him while he’s playing his music is insane, and the fact that he keeps extra pairs of sunglasses and extra music devices charged and loaded with songs seems like he expects trouble half the time. Plus, when you’re sitting across the street from a bank robbery in progress it’s probably not a good idea to draw attention to yourself so stopping the performance was a good idea at the time. That said, this song kind of set the pace for the movie in a big way.

It’s a good movie, give it a watch.