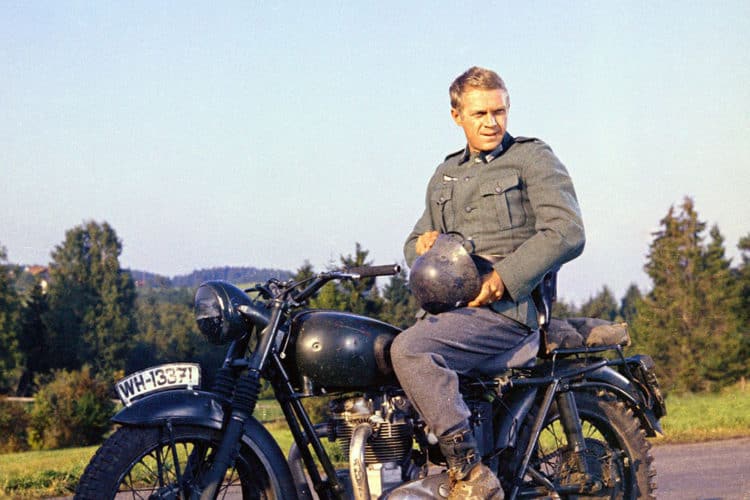 Kind of like a few others in his generation Steve McQueen was an honest to goodness tough guy that turned into an actor but never lost his edge. His earlier years had been plagued with run-ins with the law and his mother’s new husbands that beat him regularly. When he was 14 he ran away and was eventually sent to a home for boys where he paid his dues and eventually turned his life around. From that point he joined the US Marines and once again suffered from his own rebellious streak since he was demoted seven times to private and was even thrown in the brig for well over a month after going AWOL. Eventually he straightened out and was honorably discharged, at which point he made his way towards an acting career thanks to the G.I. Bill that paid for his schooling.

Here are some of his best movies from a career that saw him as the anti-hero that people loved.

The marvels of mankind are great to behold but when one cuts corners in order to bring something in for cost the result is usually more expensive and far more dangerous than anyone could imagine. When a fire starts on the 81st floor, well below those that are currently in the building for a dedication ceremony, pandemonium ensues as the fire department does their absolute best to get as many people to safety before the fire continues to spread where it will pose an even greater danger to those still in the building. At the end many people are saved, but not everyone is quite as lucky.

Emotions don’t tend to belong in a case that has to do with finding out who’s guilty and how to make sure that they’re caught for what they’ve done, but that’s what happens anyway in this classic game of cat and mouse that plays out between McQueen and Dunaway’s characters. The two are entirely too coy with one another as the knowledge she has just isn’t enough to put Crown away as he dances around her authority so to speak and makes a grand game out of the theft, doing as he pleases even as she tries to continually hem him in with nowhere left to go. But for thieves like Thomas Crown there’s always a bolt hole that someone overlooked.

The story of how a group POW’s escape from an enemy camp is one that has inspired a lot of people but at the same time it’s kind of tragic since out of the number that actually escaped with their lives only a few actually made it all the way home. This kind of a movie is a testament to many things, the human spirit being one of them, but it’s also a very real idea of just how the war took a toll on so many people during its time that escape in one fashion or another was all people were interested in. World War II, perhaps the biggest and nastiest war of them all, was a memory that many men that fought in it have either been proud or loath to retell.

It’s interesting what incarceration does to people and what it fails to do to others. Henri is so intent upon escaping that he gives no thought to the possibility of failure, thinking only of how he could possibly orchestrate another attempt that would allow him to leave prison behind. Dega is the reluctant participant that at first believes that he’s going to be granted his freedom by someone on the outside that has likely forgotten about him. When they almost escape however Dega is taken back into custody and Henri is turned in by a nun not long after. But that still doesn’t deter Henri, while Dega has, by the end, given up on the idea of freedom.

Bullitt isn’t the guy you try to fool since he’s just too smart and he’s definitely not the kind of person that’s going to take a lot of nonsense lying down. When he’s assigned as protective detail to a key witness against the Organization in Chicago however he’s taken for a ride as he has to try and keep the person alive, an attempt which fails. What he finds out later however is that the real witness allowed a stand-in to be gunned down in his place and is planning on going on the run. Bullitt chases him down and engages in a gunfight shortly after, thereby killing the man and solving the case.

McQueen was a man that you didn’t take for granted since he was the rebel that a lot of people wanted to see and the kind of guy that was as genuine as they come.