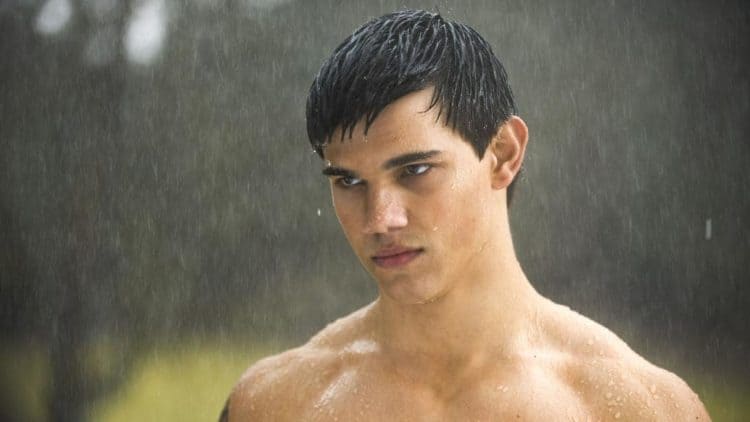 It’s not an attempt to be unkind but it kind of seems that Taylor Lautner’s reputation and career took a long jump off of a short cliff in terms of depending upon his popularity. Granted, when he first hit the scene as Jacob in the Twilight series everyone was all over him and ready to pronounce as one of the new and insanely popular heartthrobs of a generation. While the Twilight movies lasted he was no doubt one of the most popular young men in show business since ‘Team Jacob’ was a big thing throughout those years and he was one of the few people throughout the series that was remembered by just about every audience member. Once those were over however Taylor kind of lost his desirability as he started trying to star in action movies and ended up becoming something of a downgraded stud that people still remembered but didn’t talk about nearly as often.

Here are some of his best movies so far.

Adam Sandler has made a long run of mediocre to bad movies throughout the last couple of decades with a few hits in there somewhere. This however, despite being funny, was not one of them. It was quirky and tried to keep up with the antics of the first movie, and in some respects it did, but introducing a feud between the townies and the frat boys at a nearby college kind of felt like a rather half-baked attempt to keep something alive that probably should have ended with the first movie. But one thing you can say about this film is that it did make you laugh through several parts of it while cringing through others.

The reason why Lil’ Pete works in this movie is pretty simple, he’s about as smart as a bag of rocks and just as tough. This movie is another of Sandler’s bombs that still managed to amuse enough people to be kept around for a while. You could say that it’s flat out stupid and appropriates a lot of culture in the first several minutes, but at the same time let’s not forget who else did this in the past and was called a genius. Of course in this era the kind of Mel Brooksian humor that Sandler might have been going for is being seen as way too controversial so it’s only fair to say that people are going to have an issue with it whenever it’s around.

This was actually a decent film and could have used some more development to make it really pop since the whole idea is that Taylor’s character was raised by people who aren’t his parents but still care for him. Instead they’re his handlers, people that are tasked with training him and keeping him safe until he’s old enough to be told the truth of his lineage and why he’s so important. When the antagonists of the film find him after posting a missing persons ad however he’s forced to go on the run and discover in a roundabout way who he really is and why he’s been deemed so important by his handlers and those that are chasing him.

This film was made when parkour was quickly becoming known to those that love the adrenaline rush or just love to watch people doing it since free-running looks like such an engaging sport. The only issue with this is that it’s not only dangerous, but it can be fatal if a person doesn’t know what they’re doing. In the movie however Cam finds that using parkour is useful when pulling off a heist with those he’s just met and is a great way to evade police so as not to get caught. When he has to make a choice about getting out of the gang however he makes the hardest choice of his life and finally pays up on a debt that he owes from the beginning of the movie.

The love triangle between Bella, Edward, and Jacob had already been established at this time, but when Edward and the Cullens find that they’ve been noticed by the Volturi, a powerful group of vampires that act as judge, jury, and executioner to their kind, and are in danger thanks to their relationship with Bella. Edward leaves, but Jacob remains, doing his best to woo Bella while at the same time come to grips with who and what he is. While she does care about Jacob, Bella’s heart is still with Edward, and eventually she runs to him in order to keep Edward from revealing himself to the rest of the world and thereby incurring the wrath of the Volturi.

Taylor has participated in a few good movies during his career, but unless he picks up what he has left and finds a way to use it then Twilight might be the highlight of his career.