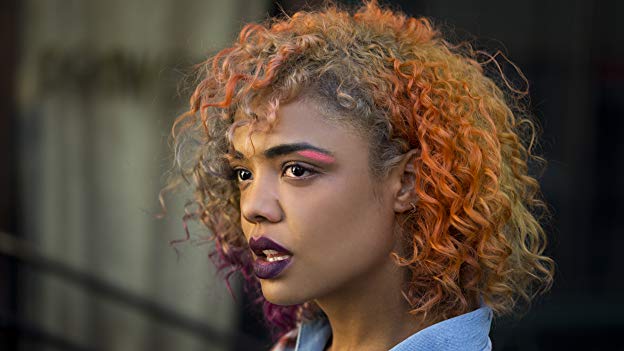 Honestly it’s easy to love Tessa Thompson’s characters or absolutely hate them since she kind of puts the right amount of attitude into each one that makes them the best they can be or one of the worst people on the character roster. In Westworld for example she’s supposed to be one of those that people might like to root for since she’s trying to solve the issue with the theme park. But she’s so ruthless that you can’t help but hate her. And yet in the several movies she’s done over the years it’s so easy to like her that she’s become something of a favorite actress to many thanks to her more endearing and strong-willed roles on camera. Something seems to indicate that she’s a rather strong person off stage as well as on, as the presence she arrives with doesn’t seem to fade or diminish with each new role.

Here are some of her best movies so far.

Even though it’s not out yet this looks like it could be a movie that breathes new life into something that was quite entertaining when it first came out, but started losing the audience with the second and then the third one. While there’s a bit of controversy over Liam Neeson being in the movie after what he was heard to say in the media the film still sounds like it’s going to go forward. This time around however Tessa’s character is the one that seeks the MIB out, not the other way around. She knows that she wants in, but it seems fairly obvious that she has no idea just what she’s in for.

A lot of people had a lot to say about this movie and not all of it was positive since there was a lot of criticism levied towards it in terms of accuracy. It’d be interesting to note the reactions of people when they’re told that this is based on a true story but isn’t likely follow the actual story. It’s drama, it’s entertainment, and like every important part of history that’s ever been put on film it’s not going to be entirely accurate. Martin Luther King Jr. and his legacy are still very much an important part of this nation’s history and aren’t about to be forgotten, but every director has their own vision that they want to follow.

3. Sorry to Bother You

There’s a time in life when you might be given the chance to excel and to climb higher than you’ve ever gone before, but at the risk of losing whatever moral fiber you might possess. Cash is the kind of guy that lives in his uncle’s garage with his girlfriend, has no prospects and not much of a life, and wants so much more. When he learns to use his ‘white voice’ he notices that things start happening for him and doors open up that used to remain closed. But the higher he goes, the more he starts to lose who he really was when he was at the bottom, until finally he wakes up and sees what success has done to him.

Norse mythology features some rather tough characters, and Valkyrie is undoubtedly one of the toughest and the deadliest. Unfortunately in her back story it’s revealed that she and her warrior sisters were ordered to take on the goddess Hela and suffered a horrible defeat. This drove Valkyrie to abandon her service to the crown and to become a bounty hunter, where she came upon Thor one day. Even recognizing him she didn’t care enough to do much more than sell him to the Grandmaster and go on her merry way. It took some doing, but she finally came back to the idea that honor and the right thing were worth the trouble.

Apollo Creed was a strong-willed individual, and his son Adonis was no different. This however meant that the love interest for Adonis had to be just as stubborn and strong-willed to put up with him, and Bianca was every bit as tough as he was. In fact this is proven in the second movie since she’s willing to stand at his side through everything as Adonis attempts to create his own legacy, apart from his father’s even as he tries to live up to the legend of Apollo. Bianca isn’t too sure about Adonis at first since he’s a very temperamental person, but he wins her over eventually and comes to realize that she’s the right one for him and the one person that he wants to be with.

You don’t have to be a fighter to be strong after all, you just have to have the heart to go the distance with someone. That’s what she brings to the screen all the time it seems.