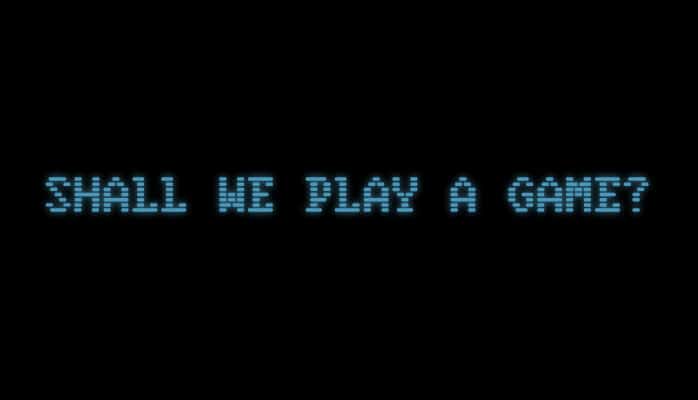 The mashup might not have originated in the 80s but the thrillers from that decade seem to have taken on a life of their own by taking several different elements and fusing them together into one cohesive unit that simply worked on a number of levels. In many ways the 80s were kind of an odd decade that some were glad to be rid of and others actually lament in passing since they were pretty colorful years and did have their share of quirks and even good times. But overall when it comes to thrillers from the 80s you can count on a lot of cheesy moments, a lot of drama, and then those insanely placed freakouts that made the films perfect since they kind of broke up the monotony. Movies in the 80s were, more or less, just a good way to spend an hour and a half when you had nothing else to do.

Here are some of the best thrillers from the 80s.

This is when hacking was still a lot harder even if it seems like it would be a thing of ease considering that the security measures were, by today’s standards, pretty lax. But whether that’s true or not the act of hacking into a military computer would likely mean a great deal of jail time for pretty much anyone and a lifetime’s worth of suspicion towards the person that did it. While it’s great to know that there are young minds that see the world of technology in such an easily-accessed manner it’s also kind of frightening to think that the level of inexperience and lack of wisdom that some young folks have could be coupled with that kind of intelligence.

The twisted scheming of those seeking to get rich and ditch those lovers or spouses that are blocking the way is one thriller idea that never seems to get old since it invites a great many other ideas to the mix that people dip into freely and without hesitation. Murder, sex, money, and even an occasional explosion tend to make for a hot and steamy movie that people do flock to on occasion since the drama that ties it all together is something that people seem to thrive on and want more of in their movies no matter how many will criticize such elements when used to a great degree.

Think about how much power it would take to crack the world in half like a dinner plate as it’s stated in the book, and then think about one little girl having control of that kind of power. It’s actually a good thing to think that Charlie doesn’t want the power, that she’s afraid of it, and that she fears that she’ll let it out at the wrong moment. But then think about if someone makes her mad and she has no filter, no one to tell her not to do something, and it becomes a literal hell on earth. This kid can lob fireballs with little more than a thought and can rain fire down on people without lifting a finger. That’s the kind of person you make friends with, not antagonize.

In some ways this story does sound like that of Chicken Little and you can imagine someone shouting that the sky is falling. No one would believe of them of course, but at the same time panic and paranoia are still at the heart of every person and can be stoked with just the right fuel if given the chance. That’s how it happens in this movie, one person makes a call and then the man that answered the phone relays the message and things start happening almost right away. As a viewer you tend to want to see a happy ending, that the main protagonist gets the girl and gets away, but if so then you might not want to watch this film.

There is a bond between a young man and his first car that can’t be denied. Women might feel the same way but this film wouldn’t show as much. Of course most guys might love their first car and even name it, but the obsession that goes into this vehicle and the things it’s capable of are far and away something very different from reality. It might be nice to have a car that could fix itself and restore the damage done to it, but if the price is your soul and vitality then it might not be worth it to most folks. But Christine is a beauty when she’s all fixed up, the only problem is that she has a bit of temper as is seen when she mows down those that tear her to pieces in the garage.

The 80s thrillers weren’t exactly simple, but they were pretty straightforward.