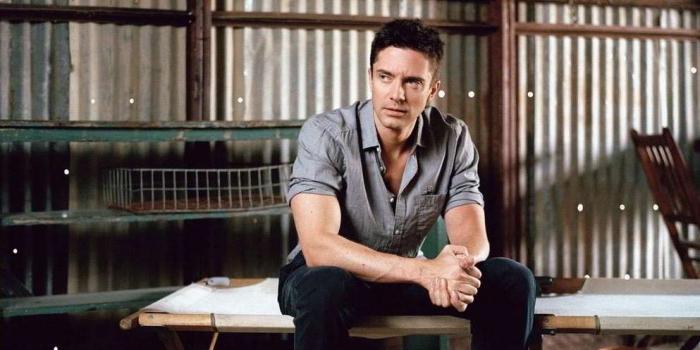 It’s kind of funny since some people really like Topher Grace based on the roles he’s played and others really don’t care for him for the same reason. There are other reasons why people do or don’t like him, but throughout his career thus far Topher has played the type of characters that are pretty much the same way since he can be someone you want to choke out the moment he starts talking or the guy that actually deserves the empathy and sympathy from the audience. It’s safe to say he still hasn’t really gotten away from being thought of as Eric Foreman from That 70’s Show since he hasn’t aged all that much since then and still has the vaguely innocent look without the overwhelming sense of youth that helped to nab him the part. But throughout his time in show business thus far he’s been able to show that he is a little more versatile than people tend to think.

Honestly it feels like this movie didn’t get the kind of attention it really needed when being made since it was delving a little deeper into the Predator’s habits and showing that they didn’t frequent earth with every trip just to take a hunt through the jungles or cities. This time a group of ruthless killers were brought to a gaming preserve of sorts to be hunted by no less than three of the creatures, but as could be expected they lost a good portion of their group and were eventually pared down until only two finally remained. Edwin, Grace’s character, was something of a surprise since he was obviously an intelligent individual, but also a ruthless individual that knew how to gain the trust of those around him.

Honestly this is a pretty simple movie since it doesn’t go too deep and keeps the viewer well aware that Eisenberg’s character is a sleeper agent that gets activated and starts wreaking havoc in a small town when Grace’s character sends one agent after another to eliminate him. There’s no real need to think with this movie and that’s a part of what makes it so great considering that you can sit back and watch the action, which in some cases is pretty over the top but is still highly entertaining. When you factor in the idea that his handler, played by Kristen Stewart, has fallen in love with him, it becomes a very pleasing story that simply begs for a happy ending.

You can imagine how hard it is for an older man that’s been conducting business for so long that he’s become almost an expert at what he’s doing to suddenly have a boss that’s half his age and yet has a great deal of knowledge on how to get the job done. Honestly though it only gets worse when the new boss becomes romantically involved with the older man’s daughter and the relationship becomes known. The movie is honestly one of those that can be easily understood by those that might be in this position or something similar since it speaks to the age gap that does occur in business and the reactions of many people to it.

Movies that are based on or around drug trafficking and the many issues that surround the subject like flies tend to be difficult movies to really see as positive or even easily resolved. In this movie three different narratives are followed as the story is pushed forward, showing various issues that emerge when drugs are involved. The major issue that drugs represents in this country and others is the type that many movies have seen fit to show in great detail throughout the years, and some even go into how they can ruin lives at a very basic level, while others try to take on the more daunting prospect of showing just what the business is all about.

This movie brings up a lot of moral implications throughout history and the nation that have come and gone and persevered throughout the years since the KKK has been a serious problem for a while and the attempts to take it down have been justified but not always successful. In this movie however there was enough of a story to run with that made it popular among a lot of people and tell a tale that is something that could be construed as another narrative in our country that has a lot to say but can still be called just argumentative enough that it’s worthy of the discussion that it’s inspired.

Topher Grace has become a much more rounded actor throughout the years but it does seem as though he has another shift to make in order to be as well-respected as his peers. He’s almost there.