Home
Movies
The Five Best Vampire Movies of the 90s 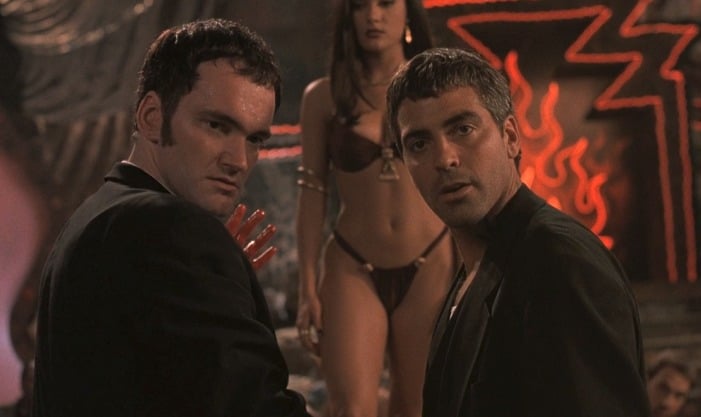 Vampire movies are different for every fan but if you want to go hardcore and get down and dirty like they did in the 90s then vampires were not always the most friendly individuals you’d ever meet. They drink blood, that’s all you need to know, and to get it a lot of them will get downright nasty and slit your throat and possibly bathe in it for kicks. Granted it might be like a human spreading their meal all over their body for no reason but it does add a certain terror factor to the movie and increases the intimidation that such fierce creatures seem to need to scare their prey. The great thing about vampire movies however is that like many other movies there’s a certain line you don’t cross, but that line for these films is far and away a lot harder to reach than it is with other movies.

Here are some of the best vampire flicks of the 90s.

You might be saying this is too corny, too cheesy, and just too silly to make the list, and you should be right. EXCEPT, Buffy started a following, somehow, that people were loathe to give up since not only did her story become a popular TV series, but it started a couple of spinoffs as well that people took to almost instantly. Buffy the Vampire Slayer has become something of a phenomenon that people flock to when it’s time for Comic-Cons and other such gatherings. Vampires have been one of the favored movie monsters for a long, long time, and even their enemies have gained a massive amount of attention throughout the years.

If you even hint that the first Blade wasn’t awesome then you’re simply too critical of a person to enjoy a simple movie. There wasn’t much to it, Blade is a half-breed vampire that can walk in the daylight and has most of their strengths. But he hates them for what they took from him and eradicates every last vampire he can find, plain and simple. But defeating a blood god is kind of far and beyond his abilities even as an expert slayer it would seem, unless you’re a movie writer. Unfortunately this was the best of the bunch, since the second and third ones kind of, well, sucked. Yes, it was a horrible pun, but it fit.

You had to expect the remake of a classic on this list. In many ways this is kind of a Gary Oldman vs. Anthony Hopkins kind of movie since Keanu Reeves and his botched English accent don’t really contribute much. But the popular idea of Vlad the Impaler being the first ever vampire is one story that happens to resonate with a lot of people. You can’t deny that Oldman and Hopkins really took over in this movie and did their own thing while the rest of the cast did their very best to keep up. But if you noticed even half of the cast while they were doing their thing then kudos to you.

No matter how he’s portrayed James Woods doesn’t really seem like an action hero no matter how much a director tries. He’s rough and he’s got a definite attitude on him, but he definitely doesn’t seem to fit the mold. That’s why sending him after a master vampire is kind of a great thing to do since it pits his attitude and determination against something and someone that’s immensely powerful. Not only that, but he takes a priest that’s barely ever seen the world outside of his church and puts him in fight against a coven of master vampires that could easily kill them both. Now that’s a risky movie. But it did work.

1. From Dusk Till Dawn

If you’re surprised that this took the top spot then you might need to watch the original movie again. Hands down, none of the others can even touch it since this one raised the bar so high that even brushing the bottom of it would be tough. Not only did it have some of the best stars of the day as the cast, but it had a story that was deceptively simple since a lot of people that knew nothing about the movie figured it might be something else entirely until one of the vampires threw the bar across the door and said, as her face changed, “Dinner, is served.” Of course there was also the green blood on the knife that Richie used to stab Danny Trejo’s character, but how many of us noticed that right off the bat? No, that was not a shameless pun, but it should have been.

Plus, having Harvey Keitel and George Clooney in the same movie playing alongside one another was just absolute genius.