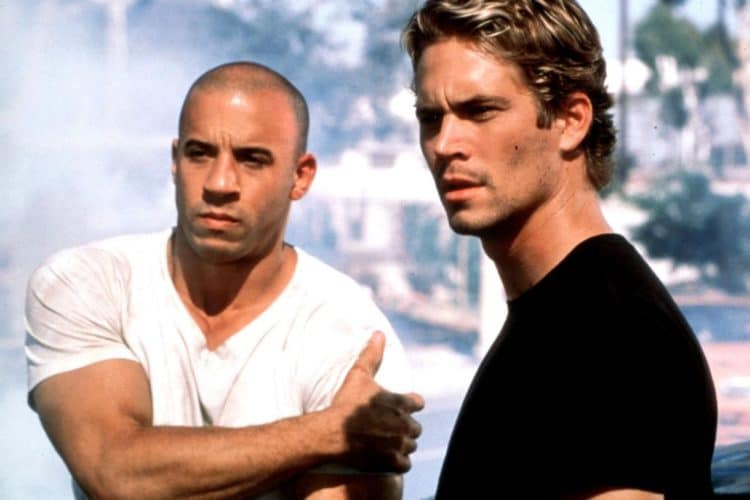 Vin Diesel’s fame seems to come in waves since when Riddick got popular and then more so when the Fast and Furious began to make its rise. He’s been viewed as a big tough guy throughout most of his movies and for the most part has played the role very well. He doesn’t seem to do sensitive all that great but given that most of his roles haven’t called upon him to do such a thing that’s not a huge issue. Being the big, insanely strong person that knows a lot about a lot, more so than you would expect from a stereotypical character, has kind of served him well since it gives him more layers than his characters might otherwise have. Is he this smart in real life? He is a college-educated individual so it’s very likely that he’s pretty intelligent, but the knowledge he has as a character likely comes from a lot of study and reading just for that part.

Here are some of his best movies so far in his career.

There is a reason why Chronicles of Riddick isn’t on here and it’s because the second film in Riddick’s live-action history got just a little too cheesy and let’s face it, Jack going from the young girl she was in Pitch Black to the woman she became in Chronicles just didn’t fly with a lot of people. This film however showcased Riddick as he was meant to be in many ways. He’s a survivor with a code of honor all his own but little to no compassion for anyone else. He’d gladly kill anyone that stands in his way, especially if they’re a merc that’s looking to collect the bounty on his head. By the time this film came out he’d already racked up a pretty good kill count.

Xander Cage is definitely a guy that likes to have fun but he’s also capable of throwing down when he has to and isn’t afraid of anything really. The risks this guy takes and the knowledge he possesses are a dangerous mix since he’s smart enough to understand how to do just about anything he puts his mind too and sharp enough to recognize when he’s being played. But really, the woman in the diner wearing high heels was kind of a gimme since anyone that’s ever worked in a restaurant setting knows that you wear shoes for comfort and not looks unless you’re a person that isn’t going to be moving much.

The fact that not a lot of people know about this movie is kind of disheartening since it was actually a very well done picture. A man that works with the DEA but isn’t a cop takes on the Mexican cartels and works his butt off to keep his home life and his working life separate loses his wife and begins to fall apart as a result. It raises the question of what a person would do if everything they had and everything they loved was taken away from them. How far would you go to get back at he people that took it away? Would you cross that line in order to get revenge, or would you find a way to do the right thing without becoming the monster?

The beginning of Riddick’s rise was found in a movie that was kind of odd and featured a lot of actors that were known to some people but not to everyone. It almost seems as though the film was eager to dump those actors that were too well known as the death toll might have taken a while to start rising but once it did the horror level went right along with it, eclipsing it in fact as the movie went on and the darkness crowded in. Enter Riddick, the guy that can see in the night without fail and can kill just about anything that gets in his way. The ending was a little cheesy but the movie was overall one that set the fire that was Riddick to blazing and made him into someone uniquely awesome.

1. The Fast and the Furious

Let’s be honest, it’s been hard to do without Paul Walker since his unfortunate passing, but the Fast and Furious movies had a great beginning even as they began to pick up speed down the course. Vin has been the glue that kind of holds the crew together, especially after Walker’s fatal accident, and it would appear that there are more plans for the Furious crew coming up but it’s not for certain when we’ll see them. All that matters is that back in 2001 a franchise was started that a lot of people might have believed was a one-off and wouldn’t amount to anything. What’s the consensus now?

He’s a gifted actor and screenwriter, but Vin Diesel has been improving with every film he makes.