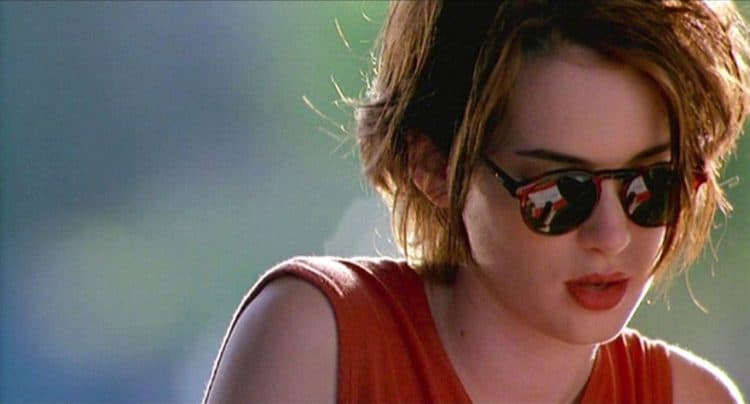 Rocky is one of the best terms ever used in describing Winona Ryder’s career in the past, though she’s definitely pulled through and made something of herself in these last several years or more and been able to climb back to the top where she used to reside. When she was younger she had some truly iconic roles that helped define her as an actress and there was no doubt as to who she was and what she could do. But throughout her time in the spotlight she did get in a bit of trouble here and there and she wasn’t the most popular person after a while when she nearly dropped out off the map. But when she came back it was to a lot of open arms since people remembered what she could do and what she was worth as a performer, so it’s not too hard to assume that she’ll be around for some time to come now.

Here are some of her best movies to date.

Tim Burton definitely makes some odd and kind of screwball movies from time to time and this one was no exception since it featured Johnny Depp as a young man that was created by a rather eccentric old man, none other than Vincent Price, before he passed on. When he was discovered by a local sales lady he was brought home and taught how to live in an orderly society, but that wasn’t quite enough as his very presence was treated as an attraction by some and an affront by others. The most amusing part of this movie however was that Anthony Michael Hall was the tough guy that tried to make things difficult for Edward. Yeah, the same guy that was the geek in his earlier movies.

Sometimes all you want to do is punish those that seem to live to make life miserable for others. J.D. has no problem doing such a thing but Veronica is not quite so sure since with every death the student body seems to be pulling together just so it can tear itself apart again. Plus, the idea that J.D. is going to blow up the whole student body at once isn’t quite on her list of things to do so she confronts him and gets him to cancel the bomb, but not before blowing off his middle finger. Eventually J.D. detonates a bomb that he was wearing, killing himself and no one else, while Veronica finds another person to spend prom night with.

For some reason a lot of people will gravitate towards those that have a lot of charm but no ambition. This tends to happen more often than people think since charm is, a lot of times, a quality that isn’t always as refined but is a lot more honest than the ambition used to fuel those that want to climb as high as they can in a financial sense without any regard to those that they have to go over to do it. However it is kind of frustrating to think that a guy that wants to treat a woman right and has his life in order would be passed over for a guy that has nothing in order and is kind of a screwball. But then again, we don’t get to make people’s choices for them.

When you attempt suicide via pills and alcohol the signs are pretty clear that you need help. Perhaps psychiatric help isn’t quite the thing for this but it seems to be the general consensus since this type of setting is one of those that is specially equipped to watch those that might be inherently suicidal. The only thing is that if you’re going to be interred in such a place and have the ability and desire to write about it, find a better place to hide your notes and stories about your fellow inmates so that they won’t find it. Otherwise the movie is kind of amusing in some ways but very dark in others.

You can say it once, say it twice, but by all means don’t say it again. Beetlejuice is the last guy you want on your side since he’s never on YOUR side. He’s the guy that will do and say anything to get what he wants and will coerce anyone he needs to in order to get free. He’s easy enough to put back in the box when it comes time but the damage he can do in the meantime is pretty severe. It’s going to be interesting to see if the second one that’s rumored to be coming out will be as good as the first.

Winona has definitely redeemed herself throughout the years in the eyes of the fans, but maturity and a passion for acting have been big helps in that regard.