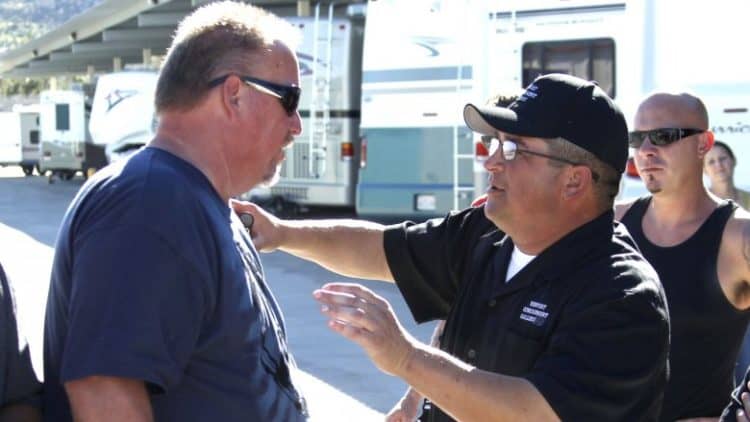 By now a lot of us probably think that Storage Wars, no matter where it’s being filmed, is more like the lame ‘reality’ shows that we’ve come to expect little from and have realized are just live drama shows that pass themselves off as something real. The truth about them is that the lockers are often seeded and that few people ever get this lucky so often when shopping around for unclaimed storage units. Plus, the idea that the actors never get outbid is kind of ridiculous since some people attend these auctions with deep pockets that could possibly put each and every one of them on the shelf without much trouble. But the show is still entertaining and it’s fun to think that they might actually get lucky now and again, aside from Barry, who doesn’t seem to be on good terms with Lady Luck most of the time.

Here are some of the biggest payouts from the show.

Rene and Casey are the favorites of some but not everyone since they came onto the show somewhat later, but they have been granted the kind of fortune that the others have occasionally since it would appear that they know what they’re doing. In this episode they scored a regular treasure trove of items that eventually totaled up to 50 grand altogether. You might want to say that this doesn’t count since each item has its own set value and one would have to combine them to get the overall amount, but honestly it’s the entire unit that’s the payoff so it does count. It’s kind of hard to imagine anyone putting things up in storage and then simply leaving them there when they cost so much, but people are strange obviously.

Honestly no self-respecting gamer or collector would ever let so many comics and other items lay in storage for so long, at least not without the means to keep paying for the unit. It’s actually a good thing for the Gambler that storage units don’t just toss out whatever is in the unit to make way for someone that can actually pay, otherwise this wealth of items would have been gone long ago. Something like this however is the kind of find that might make a real collector go into shock from the sheer number of items that were found in the locker. To think that someone invests this kind of money in something, anything, and then just leaves it there is hard to fathom.

Dave is known for being the biggest jerk on the show since he intentionally rubs everyone the wrong way and does his best to trip everyone up. Whether that’s an act for the show or he’s really like that is hard to say, but he does know what he’s doing when he picks out his lockers apparently. Finding a bunch of old newspapers isn’t much when it comes to opening a locker, but finding the papers that were printed when Elvis Presley died is a reason to think that the rest of the unit might actually be worth more than it appears to be. Dave isn’t the nicest guy on the show, in fact he’s the one that everyone wants to bust in the teeth, but he usually has a good eye for value.

These next two were part of the show but weren’t stars so they decided to remain anonymous when it came to announcing what they’d found. This proves that the big finds don’t always take place when the camera is on since a couple managed to find a veritable pirate’s hoard contained in blue totes. There were actual doubloons as well as gold coins that equaled out to half a million, just left to lie there and collect dust. As far as hiding pirate booty goes this would definitely be one location that few if any people would ever think to look, but it’s also mind-numbing to think that anyone would just leave it there for an auction hunter to find.

Another anonymous sale that happened when the cameras were off yielded up a safe that was revealed to have several million dollars in it, which was hard to believe in the first place since no one just up and leaves money in a safe in a storage unit, right? But apparently someone did, and when an offer for $600,000 was given to the couple in order to have them give up the money they refused. But when the offer was upped to $1.2 millionÂ  the idea that the money belonged to someone that might really want it back started to register and the $1.2 million started looking pretty good.

As scripted as it is sometimes the show does yield up some interesting finds.