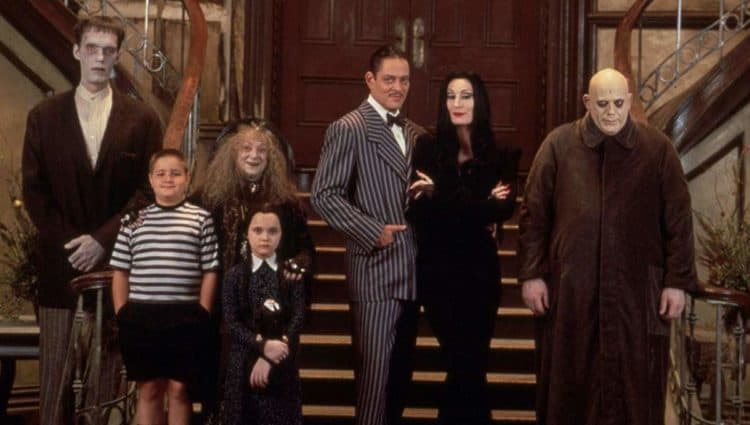 This was a hard list to pick since there are a lot of families to pick from in the movies and they all have their ‘freaky’ setting that sets them apart from the pack in one way or another. In terms of terror and being completely out there, however, one can’t help but stick to the families that have been seen to cause the most mayhem and damage throughout cinematic history. It’s not even close to Halloween at this point but some of these picks can’t help but be looked at as some of the most disturbed families that don’t really need a holiday to enjoy since they tend to cause problems no matter what time of year it is, and are seen to seriously disturb those they’re around in the movies. While families such as the McAllister’s from Home Alone and the Tenenbaum’s from The Royal Tenenbaums might have a laundry list of issues that would scare the living hell out of some people and keep a team of psychiatrists set for many years to come, they’re not quite as freaky as some people might want to think. The truly freaky families are those that tend to take pleasure or at least see the justification for the manner of discontent they bring to others. And yet, we love these families for it since no one can do it in a more entertaining way.

Here are some of the freakiest families from movie history.

5. The Shining – The Torrance family

So look at it this way, you’re about to take over a massive hotel as a caretaker for the winter when most resort hotels are booming, there’s only one road in or out of the place, and you’ve even learned that the former caretaker took an ax to his family. How many ‘stable minded’ individuals are going to this, with their family in tow no less, and a son that already has issues? There was something wrong with Jack Torrance from the start, but the fact is that his wife was a bit too meek to say much of anything and had to face down the impending death of herself and their son to really do anything.

4. Get Out – The Armitage family

Even without seeing the trailers to this movie beforehand, someone watching this movie should note that there is something wrong with the Armitage family since not only are they insanely condescending in a manner that makes them appear sensitive and caring, but they’re just flat out creepy. The mannerisms of each one of them stand out as something that should serve as a huge red flag to anyone with the smallest bit of sense in their heads, but this being a horror movie it wasn’t bound to happen since eventually, the protagonist has to find themselves in some sort of trouble when the truth was staring them in the face the whole time.

They eat people. Seriously, that’s all that needs to be said. One doesn’t even have to go into the idea that the lot of them are entirely insane, and that one of them wears a mask made out of human skin. They eat people, they’re aggressive and utterly insane, those should be factors that get a person’s feet moving more than anything and should be something that warns people to keep a wide berth when getting anywhere near this family. But again, it’s a horror movie, so if people don’t act like morons that believe they know where they’re going, then there isn’t much of a movie. Common sense doesn’t always belong in horror movies after all.

2. The Devils Rejects – The Fireflies

There are families in horror movies that people can see coming, and then there are families that are proactive and kind of just doing their own thing when they feel like it. The Fireflies aren’t a family to be messed with even in the best of times and it’s more than apparent since Rob Zombie really went nuts with this clan when he saw the chance. One can say that he did a great job since they did acquire a following and a pretty strong fanbase. But still, one can’t help but be a fan of the movies that this family helped to make, or simply look away.

Why are they the freakiest family? That’s simple, they’re the most deserving of the title since they commit mayhem like it’s some sort of grand joke, and to them it is. The Addams’ are one of the most comical families of all time and if they ever did turn serious, just imagine the damage that could be done. If this family ever acted out the many things that it’s said their kin have done it’s likely that there would be a bloodbath, and they’d be smiling the whole time.

Crazy are the heads that wear the crown.