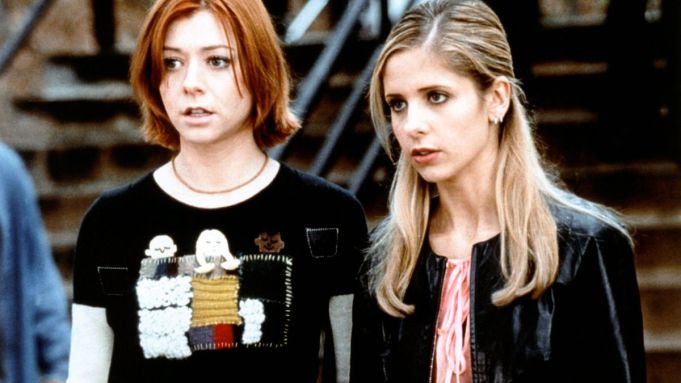 In every era there are those characters that are hated for good reason or no reason at all and there are those that are disregarded for some reason or perhaps not fully trusted or liked by the fans. But for many of them there is some hope of redemption since they aren’t exactly the worst characters in the series and do have some good qualities that can make them stand out. Then again there are those that people look at askance as though judging them for decisions that have been made thanks to the writers or the overall situation their character has been put into. Thanks to Ranker there are plenty of questionable souls to pick from when it comes to deciding who’s more misunderstood than the next person, and while a couple of these picks are definitely worthy of debate there’s no arguing with some of them since like it or not, a lot of characters that people might think are beyond redemption still have something to offer that could be useful to a plot down the line or possibly just for a laugh or a good twist in the narrative.

Here are just five of the most misunderstood characters from TV in the 90s.

The bleached-blonde bimbo look is something that Christina Applegate had to get used to when she came on set since that was how everyone came to know Kelly Bundy, but in reality is quite intelligent and even gets to show glimpses of this in the show. The funny thing about this is that Kelly has the brain of a fruit fly, as the saying goes, but can perform several complex tasks and challenges that tend to confuse and greatly worry her family, though she’s rarely in any real danger since as a Bundy she knows how to fight her way out of a situation and even cheat, lie, and steal her way through life. It’s not a pretty existence, but as a Bundy there are survival skills to fall back on.

On TV or in real life a lot of people that believe in extraterrestrials or the unknown tend to get mocked and looked at askance, much as Mulder does on the show. If not for Scully and a few others he might not have anyone to talk to, but even Scully gets tired of his constant need to chase shadows and monsters where there are none. The thing about this however is that Mulder isn’t a kook and he’s not soft in the head, he’s very much aware that there’s more to the world than people are willing to admit and he’s been proven right more than once, though often what he’s seen isn’t experienced by anyone else.

There were times when Willow felt just too rash and impulsive once she realized the scope of her powers and as a result it kind of made her into a dangerous character. But beyond that it was felt by many that she was loyal enough to Buffy (she brought her back to life after all) that the temptation of her powers wasn’t great enough to send her off the deep end. But any individual that can activate multiple slayers at once isn’t someone you want to mess around with. But then again someone that can suffer emotional outbursts, meaning someone human, is likely not the best vessel for such immense power to work through.

Getting along with Chandler was difficult since almost every other thing he said was in a sarcastic tone of voice or was just downright snippy and delivered with a heaping helping of cynicism. That kind of made him a hard person to like for a while, but for those that speak fluent sarcasm it was easy to understand that this was his way of dealing with the world and it worked for him in a big way since there was no other method of communication he really understood. It was still hard to really get along with the guy for a lot of characters on the show, but obviously the act paid off since he didn’t have to change much over the years.

1. Zack Morris – Saved by the Bell

I can almost feel the looks that this name must be drawing since Zack was thought of as an irredeemable jerk that didn’t deserve the benefit of the doubt. That’s probably right, but like all jerks Zack likely had a reason for being this way and he did do the right thing every now and then. He had his own way obviously and was a complete narcissist, but there were still moments within the show when he displayed his capacity for being a human being,

There were plenty of misunderstood characters in the 90s, it’d be interesting to hear how many more people can think of.