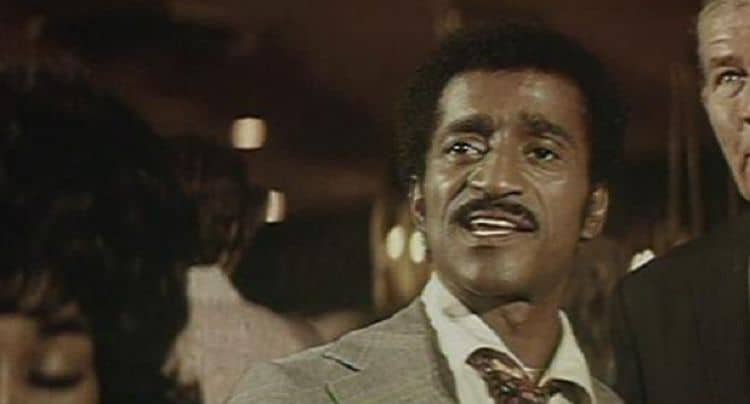 Cameos in movies are usually a lot of fun to see since they bring in some of the most famous faces and can be interesting since the director, producer, or other various individuals that work on the movie might show up from time to time. In James Bond movies it’s not uncommon to see at least a couple of recognizable faces now and again since like many movies that operate with big casts it’s easy to sneak in one or two cameos that people might like to see. Not all of them are bound to make sense, but the best thing about that is the fact that they don’t have to in order to be appreciated. It’s a little uncertain as to why cameos are included at times, but it could be that someone just wants to throw the audience for a loop or there might be a special provision that needs to be met for the movie depending on where it’s being filmed or who’s producing it. Sometimes an actor might just want to get their face on camera and attach themselves to a popular franchise, but there’s usually a reason for a cameo.

Here are some of the strangest cameos in James Bond movies.

He’s kind of a hard guy to miss, isn’t he? Dolph Lundgren started coming up through the ranks quite a while ago, but seeing him in a cameo is kind of funny since if anyone remembers, he was dating Grace Jones at this time. That could have been why he was allowed in the movie, but a hulking guy like him wouldn’t be too strange to see in the role of a bodyguard or a villain at that time since in his younger years he was pretty intimidating. To be fair he still is kind of intimidating, but as a younger man, he wasn’t the kind of guy that a lot of people would actively try to provoke, which makes him perfect for a Bond movie.

This had more to do with who was making the movie than anything since it would appear that the company that Branson founded was behind the filming of this picture and that’s likely why he wanted a little part in it, nothing too big and nothing where it’s a blink and you’ll miss him type of thing. Of course, a lot of people might not even know who Branson is, but the fact is that he has shown up in a Bond movie, which is something he might have wanted to be able to say for a while at that point. Now it’s likely that he can cross one thing off of his bucket list, if he hasn’t already that is.

Roger Moore’s daughter can actually say that she had the chance to serve Pierce Brosnan a martini in a movie, which is of course kind of a big thing since the drink is one of the many things that Bond is known for. It’s simply funny that the daughter of the man that played Bond at one time was brought on to interact with the man that came to play Bond years after her father. One has to wonder if she was excited at the possibility or had her own reservations at the time since it would be kind of surreal to see someone else taking the role that her father had helped to push forward in a big way.

Any time that Sammy Davis Jr. was seen in a movie a lot of people couldn’t help but smile since the guy had a way about him that wasn’t so much magical as it was pleasing since he had a kind of charisma that people just fed off of and enjoyed immensely. The fact that he had a cameo in a Bond movie though was kind of odd, but he played it up nicely and left people smiling after commenting on Bond’s attire. If someone as cool as Sammy said anything about your clothing then it usually meant that he approved or that you might have had a funky taste in clothing.

There was a time when Madonna was so popular that she could show up in anything and people would love it. Some might argue that she’s still this popular, but at the very least it’s likely that if she showed up for another Bond cameo people would be likely to wonder what the hell was up. While her status as a legend and an icon might still be solid, Madonna isn’t exactly the media darling that she used to be who could just show up anywhere for any reason and get people to agree with her.

Not even Bond is immune to cameos.