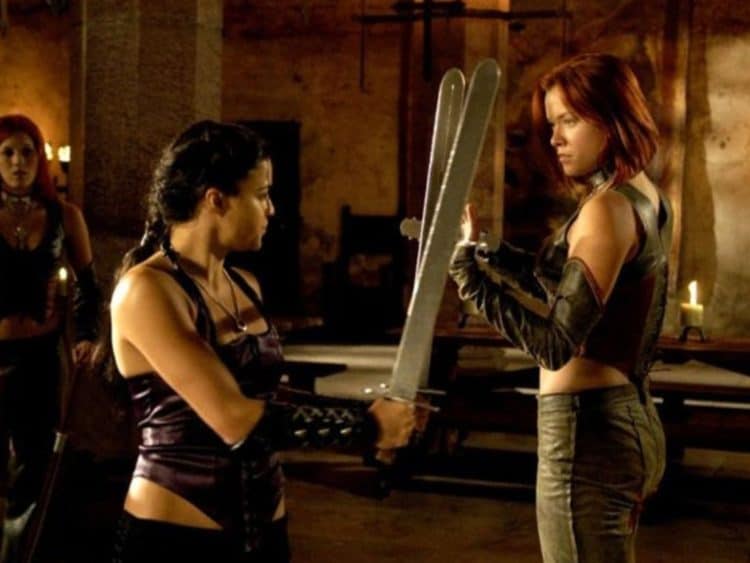 Every decade has its fair share of ups and downs when it comes to movies, it’s success stories and flops, and the 2000s produced some great stories as well as some that a lot of producers and directors might want to forget about. But when it comes to fight scenes what’s really hard to figure out is how much it costs to get decent choreography or at least invest in a little bit of training to make the fights look good. Some folks might want to argue that point but if you take a look at fan films that operate at barely a fraction of the price it takes to make a regular movie, it’s still entirely possible to make sure the fight scenes are sound as a pound and are able to convince the audience that there’s at least one thing going right with the movie. When people just walk through the fight scenes and look like they’re still rehearsing it’s a bit difficult to really get into it, though honestly asking them to break out any skills they might have and go at each other, or the stunt doubles, with wild abandon is kind of asking for trouble.

Here are some of the worst fight scenes from the 2000s.

There are some adaptations that should have stayed on the console and either never come to the big or small screen since despite having popular and even up and coming stars like Kristanna Loken, Michael Madsen, Michelle Rodriguez, and Ben Kingsley, this movie was just horrible. The game was a lot of fun, but when seen in live action it’s kind of a big no-go since Bloodrayne might have benefited more from waiting for a while and becoming a CGI movie or something similar where the laws of reality could be bent a bit further and her real abilities could be unleashed in a much more impressive fashion. Plus, who in the world talks this much during a fight?

I get it, the fights in this movie were artistic in nature and carried more meaning than just the clanging of swords and the idea of one warrior versus another for an ideal that they didn’t agree upon. But while there are truly impressive fighting scenes in this movie, this one and a couple others are kind of a snooze fest since they make a person wonder just why they were added in since taking them out wouldn’t really do much to harm the movie. But hey, some directors love to place various scenes and moments in the movie to make us think and to show off just how well they can direct a scene that……zzzz. Oh, sorry.

First off, a lot of us thought Steven Seagal was great when we were younger, right? But as we got older we realized his tricks don’t work as well in real life as they do in the movies, and having been a bouncer at more than one club in my life it’s easy to say: security doesn’t work this way. A security guard isn’t there to beat someone’s head in, and for safety purposes there’s usually going to be at least two of them nearby in a club this size. Needless to say, Seagal wouldn’t have been chopping either man down to size if he had them both to take on at the same time, especially if he’d tried Aikido on them. Sorry, but no.

Their first outing didn’t exactly leave the X-Men looking like an elite fighting force, since Toad took on three of them on his own, and Toad is really a lower-level character compared to Jean Grey, Storm, and even Cyclops. The fact that it looks like he has an anaconda coming out of his mouth is kind of disturbing, but even more so is that the trio didn’t fry, blast, and twist Toad into a spongy mess, or at least beat him to a pulp in a matter of seconds since the only thing that would have helped him was his leaping ability at that point. But obviously the X-Men hadn’t been on too many missions at that point.

So just to get a woman’s number Matt Murdock is willing to get into a street fight, in front of a bunch of kids, and risk getting his butt kicked by a woman that’s a helluva lot tougher than she looks. How many guys would actually do this without thinking twice about it? I can only imagine that a lot of men out there would raise their hands when looking at Jennifer Garner in the 2000s, but strangely enough she was still more appealing in this movie than she was when she received her own solo outing. Are those fighting words? Maybe, but it’s a valid opinion.

Fight scenes have evolved, but not every decade got the memo.