Home
Movies
The Five Worst Stepmoms in the History of Movies 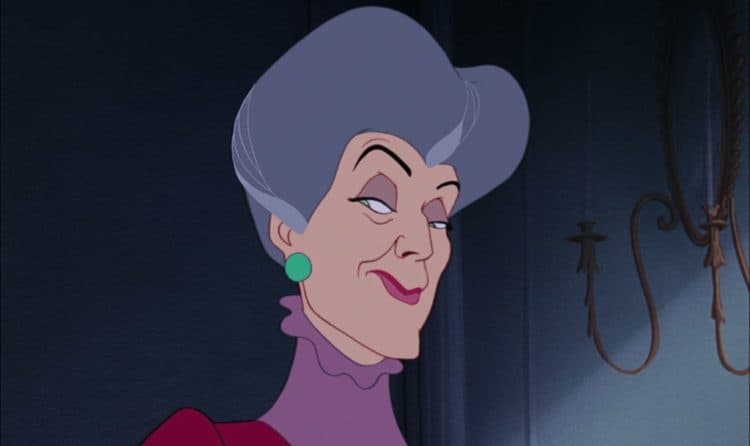 It’s been said before and it will be said as long as there are stepmothers in the world, being a stepparent is a hard and arduous job that most people wouldn’t actively take on unless they didn’t have much of a choice. A lot of stepparents tend to be very loving and do their absolute best when it comes to trying to deal with someone else’s kids, especially since that it’s important that kids are taken care of and made to feel welcome in anyone’s company so long as they’re willing to follow the rules that have been set down. But there are those stepparents, in the movies and in real life, that are simply horrible and probably shouldn’t be allowed around anyone’s kids. In the movies, there are stepmoms so horrible that they tend to give stepmoms everywhere a bad name since they’re awful to the point that people might hope that no one like this still exists in the world they know. The chances are that there are some people that are this bad, but again, the hope is that such people are well removed from any kid that might suffer at their hands.

Here are some of the worst moms in movie history.

She stands out as one of the most classic since she was just awful, and worse than that, she knew how to give a little bit of hope before snatching it away at the last second. One of the worst things about this character is that while she’s not pure evil, she’s someone that can see the suffering of others and take pleasure in it since it advances her in some small way and makes it possible for her daughters to try and advance themselves, thereby elevating her just a little bit. But really, it felt as though she was out to simply make life miserable for those that crossed her, and she had a special place in her dark heart for Cinderella.

Technically Meredith didn’t become a stepmother in this movie, but it’s probably a good thing that she didn’t since she was something of a witch to deal with and made it clear at one point that Nick would have to choose between her and his daughters. Gee, what a hard decision, right? While she was sent packing it’s easy to see how big of a deal this would have been since it’s likely that the twins would have been shipped off to a prep school, or maybe a military school, or somewhere far, far away where they couldn’t influence their father against her. Thankfully there are times when people finally realize the truth about people.

How disturbing is it that we look at Disney movies in this light at this point? The problem is that when you really look at these movies from an adult’s perspective you get the feeling that some of the things that are added in are by accident, and some are on purpose. Gothel absconding with Rapunzel is simply horrific since many upon many people would likely want her head for daring to touch the child. But thinking that the parents either scoured the countryside for so many years or simply gave up is kind of hard to do, especially when the tower wasn’t really hidden all that well.

Wouldn’t you think that your father would tell you in advance about someone he’d met at a health club and had proposed to not long after? It was great that Tommy was all for it and that he didn’t try to stand in the way of his father’s happiness, but the fact that Beverly and her ‘son’ Paul were hustlers was more than enough to want some payback. The downside of this is that not only did Beverly not receive any comeuppance from her part in the scheme, as Paul did, but she and Zalinski were getting pretty cozy by the end of the movie. But hey, if Ray decided that he didn’t mind that she was hustler then so be it, she’d likely be out the door the moment she tried anything with him.

1. Ever After – Baroness Rodmille De Ghent

I know, this is another version of the Cinderella story, but Baroness De Ghent takes the cake when it comes to being a horrible stepmom, even above Lady Tremaine since she’s among the most selfish of characters in the history of cinema. It feels as though only Anjelica Huston could have played this character so well since she was perfect in her delivery. She wasn’t much of a mother since it was always about her, no one else was good enough, and she even sold Danielle into slavery for the return of the family heirlooms that she’d sold in the first place. That’s the type of mother you can’t help but think would eat her young if she had to.

Stepmoms deserve a lot of credit, but these ones are just horrible.