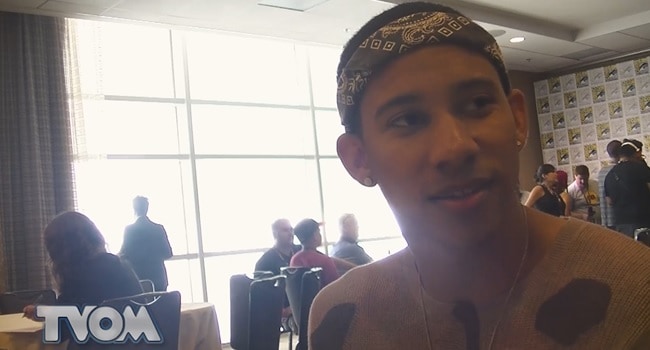 Last week at San Diego Comic-Con, TV Overmind participated in The Flash Press Room with several outlets to chat with the cast and crew behind the show to get some insight into what is coming in Season 3. Â Keiynan Lonsdale, who debuted in the second season as Flash legend Wally West, was one of the great talents we spoke with as his character will be embracing his comic book destiny this season with Kid Flash.

-Finding out that he would be suiting up as Kid Flash so early.

-Whether or not we might see more Jesse/Wally together and maybe even a romance.

-The evolution of the sister-brother relationship between Iris and Wally in Season 3.

-How Flashpoint will change some of Wally’s upbringing.

-What part of Wally’s background that Lonsdale would like to see more explored on the show.

The FlashÂ Season 3 begins on Tuesday, October 4 at 8/7c on The CW.Â Stay tuned for more roundtable videos of the cast and producers in the next few days right here at TVOvermind. What are you most looking forward to in the third season of The Flash? Are you excited to see Flashpoint and Wally becoming Kid Flash? Let us know in the comments below.

Make sure to checkÂ out our other The Flash round tables from San Diego Comic-Con as well: Tom Cavanagh (Harrison Wells).