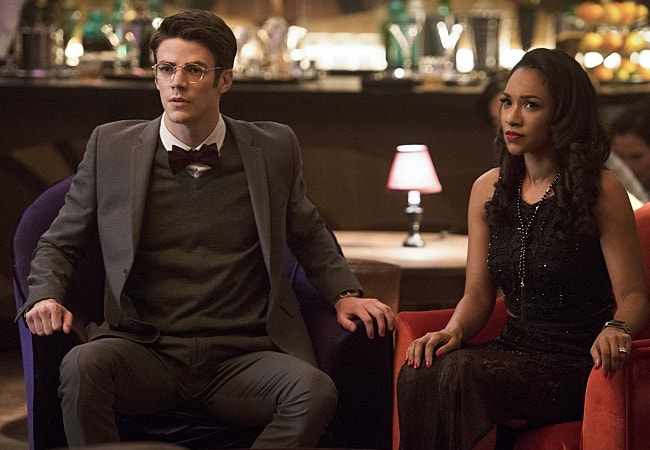 This week’s The Flash kicked off the highly anticipated two-parter for the Earth-2 visit as we get to meet several of the main characters’ counter-parts on Earth-2 and not only is it one of the finest hours of Season 2 so far, but the series as a whole.

This show is known for giving their viewers spectacular and thrilling episodes, whether it be time-travel, super-powers and this time they took it to the next level with Earth-2. I can’t remember the last show I watched where we saw mirror versions of the main characters and seeing how it was done here, reminded me how entertaining it can be when done right. I loved how the show made the Earth-2 counterparts both so incredibly different while also leaving a little bit of familiarity from their Earth-1 versions. In terms of who was my favorite Earth-2 character, it was definitely a tie between Detective Iris West and Killer Frost. Not only were they given such different roles to play, but also a lot of screentime which is always appreciated, even though I loved seeing the other Earth-2 characters too, especially Joe because who doesn’t just love when Jesse L. Martin sings.

As someone who is all about the Iris and Barry relationship, getting to see a married version of them on Earth-2 was without doubt a strong highlight in the episode. While we will have to wait a while for them to get together on Earth-1, I think it was good for our Barry to see what married life with Iris can be like. I think will start to bring back those feelings that he has always had for her as we get towards the end of the season. Speaking of great couples: I can only imagine how much fun Danielle Panabaker and Robbie Amell must have had shooting this episode as Killer Frost and Deathstorm. As much as I love their Earth-1 counterparts, I have to admit that I would mind if we were seeing these versions of them more often, at least Killer Frost since Deathstorm was killed off by Zoom. Killer Frost had the perfect balance of being intimidating while not being too serious because there were a lot of great cheeky moments that I could just watch on a loop.

Naturally with an episode like this, there were tons of epic Easter Eggs and I mean really epic, especially during the travel to Earth-2 as we see through different breaches a glimpse of Kara Zor-El from Supergirl, John Wesley Shipp’s The Flash TV show and more. Even the name ofÂ a couple of big Justice League members are shown being part of this universe which was neat, even though we will probably never see them in flesh. I cracked up just seeing Earth-2’s version of Deadshot and it didn’t help that he, again, got killed off because of a certain movie, but hey, it was still appreciative that we got to see a new take of Floyd. Even though we didn’t get to see him, the fact that Captain Cold is a mayor in this universe, made me wish that they had been able to grab Wentworth Miller from the Legends of Tomorrow set for a few hours to just shoot a scene or so.

But for all the fun that we had in Part 1, there were also a lot of strong and compelling dramatic scenes that deserve to be pointed out. I don’t know how he does it, but anytime Grant Gustin is crying as Barry, who this time finds out that his mom is alive on Earth-2 and gets to talk with her, I cry with him. Seeing the effect that Joe’s death (still processing that one, even though it wasn’t our Joe who died) had on BarryÂ was also heartbreaking as he expresses the importance of Iris and Joe in his life, no matter what Earth they are on. One of the final scenes when Zoom shows up and kills off both Deathstorm and Earth-2 Cisco, was a shocker, especially with Cisco, First off, how much fun was it seeing an all-evil version of Cisco who went by Reverb? It was so dope that it made me even more frustrated with Zoom killing him off because I would have wanted to see more of that in next week’s episode.

Overall, Part 1 of the Earth-2 two-parter was pretty much perfect from start to finish. The only thing, besides Zoom’s killing in the end, that I didn’t care much for was everything that was Earth-1 because even though we got to see Jay run for a little bit there, it didn’t do much for me. But hopefully Part 2 will have a more satisfying effect for Jay where it might even end with him getting his super-speed back completely. Once again, as a whole, this is one of the finest episodes of The Flash as a whole and hopefully we will have a strong follow-up with next week’s episode, “Escape from Earth-2”. Also, let’s hope that Barry, when he gets out of Zoom’s prison, that he FINALLY saves Jesse Quick too because that girl needs to get saved already!

In Part 1 of the Earth-2 two-parter, Barry, Cisco and Harry travels to Earth-2 to save Jesse in this week’s excellent The Flash.