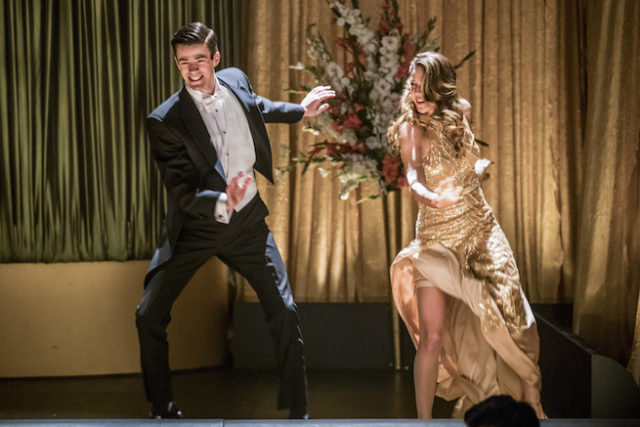 With everything happening onÂ The Flash lately, Barry has fallen into some repetitive tendencies of irrational decision making. The character wants so badly to fix everything and prevent Savitar from winning so badly that he has made some extreme decisions that end up causing more harm than good. “Duet” finally addresses some of the choices both Barry and Kara have been making that feel rather annoying and like more of a hindrance to their shows stories.

For Barry, he has constantly been using Iris and their relationship as a tool in his quest for victory rather than being honest and just appreciating however much time he has left with her to cherish their true love. All of the back and forth with their relationship and the on again-off again marriage this season has felt frustrating because the two deserve to be together. Yet, with Barry catching a glimpse of the future, he hasn’t been able to just leave the best part of his life normal. For both Barry and Kara, it comes down to the heroes not letting themselves be loved, and just accepting that they are allowed to have good things in their lives.

“Duet” brings back the fun loving side ofÂ The Flash that utilizes a lighthearted “villain” in Music Meister, to teach Kara and Barry a lesson that should clear their heads before facing their biggest challenges. While the episode had plenty of potential to feel as though it were an out of place filler, the musical insertion actually turns out to be a ton of fun and something that becomes a lot more important than it had to be. While it gets mentioned (by myself) a lot,Â The Flash is a show about Barry growing into the hero that the comics present him as; a long-term origin story that displays even heroes aren’t perfect overnight. Episode’s like “Duet” are what really remind viewers that these shows are about flawed characters learning how to be great.

Both Barry and Kara live carrying a ton of weight on their shoulders as heroes, and as a result, there are points where the characters both feel like they cannot have love in their lives. However,Â The Flash and Supergirl both suffer from a little hypocrisy at points. With Kara, she has also enticed the idea of little lies or hidden truths in order to keep people safe while Barry has kept things from Iris and Team Flash in order to try and change the future. Both essentially deny themselves love because they feel it gets in the way or is undeserved because people they care about get hurt; but these characters still have to let themselves live.

Music Meister is a ton of fun as a villain because he doesn’t necessarily come to be bad, but push everyone back to their normal selves before the inevitable confrontations with the main villains.Â The Flash has been so back and forth with Barry and Iris lately in the same way Kara and Mon-El have been all over the place. On one hand, it feels repetitive to watch as a viewer, but it also feels really good to watch both of these characters screw their heads on straight and recognize that they won’t be able to face their greatest challenges without having love as a motivator. Even for Cisco and Wally, Music Meister pushes them both to step up in a situation that might eventually become a reality where they are left to defend the city without Barry.

On top of this,Â The Flash doesn’t ignore Mon-El or Iris either, showing both of these characters that they too have to embrace their relationships and love in order to succeed. A relationship is a two-way street, and while Barry and Kara are the episode’s focal point, Iris and Mon-El also got a much needed lesson in how to not deny their feelings. These two characters have been going through a ton lately, but it’s important for Mon-El and Iris to recognize that there will always be a possibility that their significant other’s are defeated, so would they both really rather Barry and Iris not know how things truly stand?

“Duet” puts Barry and Kara into a position where they are almost left with nothing. Their powers are taken away, everyone they care about doesn’t recognize them, and they have to embrace something they have been pushing away in order to survive. It’s a really fun episode ofÂ The Flash that still carries a ton of weight going forward and should help to clear up Barry’s head as he refocuses on taking down Savitar and saving Iris. Despite all of the annoying back and forth between Barry and Iris lately, it was nice to see the hero put things into perspective and regain confidence in himself rather than being scared for the future.

– It wouldn’t be a trueÂ Flash episode if we didn’t get a goofy HR line… thinking Barry was talking about him when referencing another person who can sing.

– Honestly loved seeing these casts come together and show off their singing talent. Super fun episode that also helped both characters eliminate some annoying aspects of their stories.

– I was actually glad to see Mon-El and Iris locking lips in the beautiful dark twisted fantasy ;) because it just shows that as much as Kara and Barry want to believe they can ignore their feelings, they are lying to themselves.