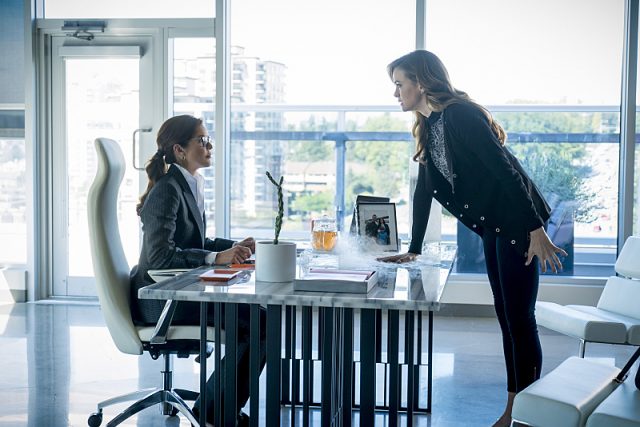 The Flash seems to always be readjusting the main team each season, adding or subtracting characters depending on where their story leads. First season, viewers watched who they believed to be Harrison Wells betray the team and turn out to be Eobard Thawne in disguise. The second season added Jessie Quick, Harry Wells and Jay Garrick only to lose Jay in the end as the villain. The third season has once agin followed suit and displays what feels like safe fallback tactics for the show’s story to fill things in until the story can apporpriately move forward agin. The cast ofÂ The Flash is great, but sometimes their chemistry and comfort level questions how much the writers sacrifice in order to force certain characters into the relevant weekly stories.

Last night’s episode, “Monster,” focuses in on the differnet types of monsters that appear on the show. The plot is definitely a case of the week filler, with no appearances or mention of Dr. Alchemy this week, but adds some important character development while keeping things pretty personal. The most immediate judge of character comes when Barry and Cisco begin to catch on to HG Wells suspicious nature. The Wells plot is definitely getting exhausting, and while Tom Cavanagh is a great asset toÂ The Flash, it would be nice if the writers could just get on with things and bring him and Jessie back permanently without having to jump through all these hoolahoops. It’s only natural that Barry and Cisco would doubt a new Wells joining the team, but how long until the show decides to move past this idea and settle on a Wells they can trust? The concept fits into this episode, but at this point, Wells isn’t a monster anymore and it feels like a stretch for a story line.

The show’s main focus seems to be on (finally!) Tom Felton’s Julian Albert, the mysterious addition to the CCPD post-Flashpoint who hates Barry. This episode really gets into the fact that Barry can’t stand being hated by this guy he doesn’t know. To this point, it’s been extremely disappointing howÂ The Flash has utilized Tom Felton because they’ve limited him to a very Draco feeling role. “Monster,” still takes just about the full episode to get Julian to open up, but having his hardened ways make him almost shoot a teenager is a compelling plot point. Albert clearly is smart and the show hasn’t told viewer’s much about him, but it was nice to have him finally tone things down a little more and finally give Barry a chance.Â The Flash clearly has bigger plans for Julian Albert considering his casting, but hopefully it will be in a role on the side of Team Flash. The best part of Albert’s story was finally seeing him humanized; the character is obviously very guarded, but finally discovering why last night on top of watching him deal with almost killing a kid was a good start in getting to know the character better.

AlthoughÂ The Flash knows how to set up some great stories, this season has been missing the ball on some others, mainly Caitlin’s. Last night Caitlin visits her mother, also a scientist, to get help with her new powers. At first, this seems like it might finally be an authentic addition to Caitlin’s story where viewers finally get a look into her past and family life; however, everything between her and her mother goes from being good to feeling mis-paced and rushed. It was really interesting to learn about the fallout between Caitlin and her mother, but things just seemed to escalate a little too quickly when she is threatened by her mother’s assistant. Caitlin is the most physical representation of a “Monster” in this episode and she is clearly scared, which is a little frustrating because she acts like her two meta-human best friends are going to judge her for being honest with them. It did seem likeÂ her hiding this will come to and end soon though; between her chat with Cisco about S.T.A.R. Labs being “home” and Caitlin returning to the lab to think the discussion about trust was about her, something is building.

SometimesÂ a show needs to take a step back from it’s main plot and focus on character development, which is very important.Â The Flash attempts to fill out some story lines in “Monster” but comes away with a lot of it being hit or miss. The show has a lot of good things going on, but it would be nice if there was better organization in the presentation of it all. The villain in this episode was cheesy and that’s fine because it led to some great moments with Julian, which was something that really needed to happen.Â The FlashÂ never fails to be an enjoyable show, but it’s a few fixes away from being a great one and by mid-season it should be building to the delivery of a ton of great ideas.

Other Thoughts:
*”Science Romance, write what you know” – Although having a new Wells again still seems like a so-so filler idea until they have a reason to reincorporate Harry and Jessie, I’ll admit the humor is fun.

*It was really nice having Julian be able to relate to the kid who created the monster hologram.

*So it’s looking like Wally will end up getting his powers back by mid-season. That’s super exciting, I can’t wait to start seeing a full Flash Family on TV!