Home
The Gifted
The Gifted Review: “3 x 1” Saves The Day? 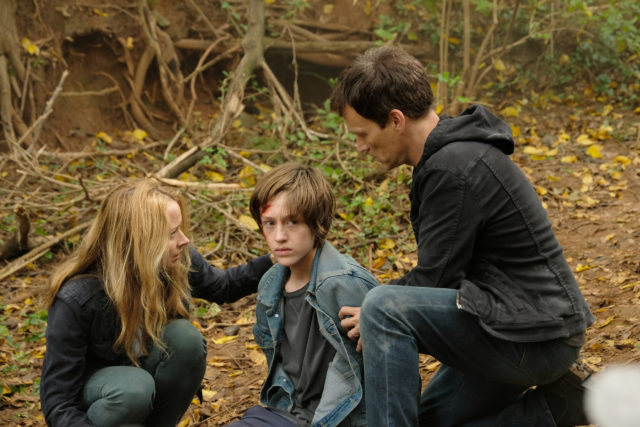 I can’t believe that we’ve nearly reached the end of the first season ofÂ The Gifted.Â Network shows usually hit a lull and then ramp up right before their finales, butÂ The GiftedÂ has been extremely consistent in the way that each episode is intense and yet still carries emotional weight and moves the characters forward. “3 x 1” was no exception, as the fallout from Esme’s actions has both positive andÂ  negative consequences for the Mutant Underground, and Trask Industries works with Sentinel Services to begin their hunting of the mutant refugees. Somehow, this show has managed to stay high octane and continually raise the stakes, while simultaneously building character relationships.

The only quibble I ever have with the way this show operates is how sometimes the plot device that motivates everything within the episode feels a little contrived. This one didn’t, and actually gave credence to some of the previous stories (like going along with Esme’s plan, or the introduction and then immediate evaporation of Wes). Even though Andy in particular wanted to stay, it’s easy to see why the Struckers wanted to get out of dodge. Esme, however untrustworthy she may have been, bailed out the Strucker children from experimentation at Trask Industries, and it’s 100% believable that they would not want to take any further risks, or at least attempt toÂ  mitigate future risk-taking. Ultimately, though, they found they cannot escape the continually expanding breadth and depth of Trask and Sentinel’s partnership.

Just whenÂ The GiftedÂ may have needed a boost to their stakes, Esme’s plan gets people killed. The Struckers worked diligently to appeal to Jace Turner’s humanity, but that appeal was quickly tarnished in the deaths of Sentinel and Trask employees. Any good will they had fostered in meeting with Jace Turner and appealing to his wife was destroyed by Esme, who is with a much more dangerous organization. Of course, they see not the hypocrisy of killing Dreamer to manipulate the Strucker children versus a mutant killing one of their own, but I digress.

This leads me into one of my favorite sequences on the series so far, which was the two simultaneous funerals. The eulogies, cutting back and forth between Jace Turner’s colleague and Polaris’ final farewell to Dreamer was chocked full of raw emotion and depth for all the characters involved. Many characters present at these events said everything they needed to say with no words. Emotions are always running high onÂ The Gifted,Â but the two funerals took that to a whole other level. Particularly effective was Thunderbird, who was strong when everyone needed him but had a quiet, devastating moment to himself post-funeral. Moments like these are both necessary to keep the stakes high, and devastating for characters we care about.

Overall, “3 X 1” proved to be one of the best, most exciting episodes ofÂ The GiftedÂ yet. It’s exciting, it’s emotional, and it’s building to an epic conclusion. I’m excited for it to end Season 1 on a high note, but sad that it’s ending so soon.

The Struckers try to flee as the battle between mutants and humans begins to heat up on this week’s strong episode of The Gifted.