Home
The Gifted
The Gifted Review: “eXtreme Measures” Are Taken 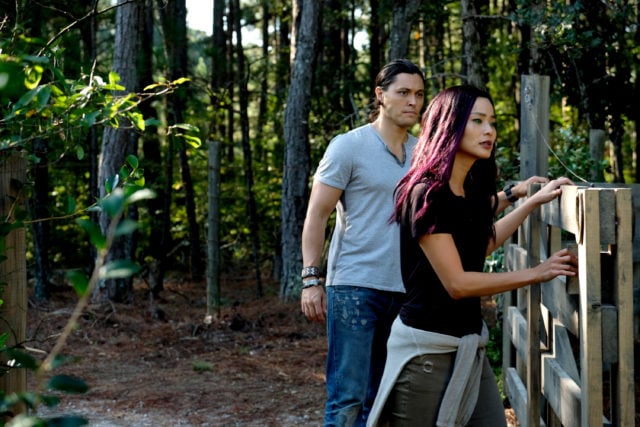 This week’s episode ofÂ The GiftedÂ explored the humanity and motivations of all its characters. Some characters needed a reason to fight, and others needed to define how they felt about a problem they’re dealing with at the moment. Though the entire episode felt more introspective and soul-searching, there was still plenty of action to be had. So far, the development of the characters has taken a backseat to the urgent action sequences, which has generally worked for the show. This time, though, the characters and their stories came before the secondary action plot and it still worked well for the show, and kept me interested.

First of all, it was absolutely essential that we explore some backstory for Blink and get her back on the show. Her being gone or by herself would not have worked for long, so bringing her back into the fold quickly was a good idea. She also needed some motivation to stick with the underground, especially after she was wronged by Dreamer and Thunderbird. It was only right that Thunderbird go after her, as he’s secondarily responsible for the disconnect she felt. Of course, Blink was a journey of self-discovery but was getting nowhere, making her easy to track. When Thunderbird tracked her down, he helped her locate a family home that sheltered her from Sentinel Services when she was younger. But since then, Sentinel Services had gotten to them and they paid the ultimate price for their crimes. Going on this little journey did several things. One, it established an actual rapport between Thunderbird and Blink, which previously only existed thanks to the memories Dreamer implanted in her. Two, it provided motivation for Blink to return to the Underground and fight for the cause. Motivating her from her own past worked much better than motivating her with fake memories. But is there really a connection between Thunderbird and Blink? There might be now. This story also worked to establish the insane, Nazi-like lengths that Sentinel Services would go to, murdering those who would aid and abed mutant refugees without due process (think Christians hiding Jews in World War II). If nothing else, this part of the story really upped the stakes in a truthful, subtle way.

I didn’t care much for the story about Eclipse and Carmen, primarily because even in the confines of a brand new, X-Men Universe show, it’s filled with tropes and not exciting. It’s a tale as old as time, really. A powerful mutant owes his ex-girlfriend his new baby mama’s life, so he helps her commit crimes with his superpowers. Either way, when Eclipse wasn’t blowing stuff up the whole thing was pretty “meh”, but hopefully the friction between him and Polaris will create something interesting out of it, though I reject the notion that a couple like this on a show can’t be happy and have to keep secrets from each other all the time. The flashbacks and interactions with Carmen were, if nothing else, proof that Eclipse loves Polaris, but it could work better to have them be honest with each other. I’ve found that lying between characters just to create drama is my least favorite story of all time.

Slightly less tropey and more interesting was the story involving Lauren Strucker’s new love interest- Wes. When Reed finds Wes in the database that they stole and he has a bit of a rap sheet, he goes into protective father mode. Of course, she accuses him of not having changed from his prosecutor days, even though we’ve seen him risk his life several times over seven episodes just to protect the mutants.But I liked this story better than Eclipse’s because it illustrates growth for Reed and builds an ultimately stronger relationship between he and Lauren. On the whole this story felt much more natural and gave these characters a stronger sense of self, though I fail to understand why they immediately sent Wes away again.

Overall this show is really starting to cook. I’m as excited as ever to see where things are going. It certainly isn’t perfect, but even at its worst (Eclipse/Carmen) it’s much better than most network television.

Thunderbird helps Blink on her journey of discovery, while the Struckers deal with some tangential family problems on this week’s solid episode of The Gifted