Home
The Gifted
The Gifted Review: The Heroes Are “boXed In” 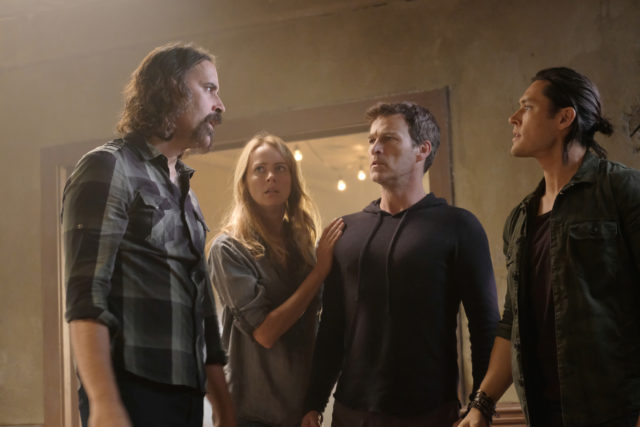 Loyalties are tested and alliances have shifted, and now is the time when a series begins to truly figure out who it is and what it wants to accomplish.Â The GiftedÂ is now in its fifth episode and the pace it has been keeping would have to be hard to maintain. So far, it seems to stay high-octane while adding several emotional layers in what turned out to be a strong fifth episode.

The GiftedÂ has become two primary stories. It’s been simultaneously a stunning, exciting thriller and a much more subtle and emotionally powerful family drama. There are other stories sprinkled throughout, like the classic X-Men story of acceptance and finding harmony among people who are fundamentally different, but primarily the show has been about families and action. All that to say, though, it’s working. It’s not just a family drama about the Struckers (with two civilian parents and two mutant children), but how the Struckers make their home within this found family of powerful mutants who are all fugitives from the law. The farther we integrate the Struckers into family, the more compelling the dynamic becomes.

That’s how we got one of this episode’s major plot points: Reed Strucker has arrived at headquarters, but those who know he was a prosecutor are skeptical of his loyalty. And rightfully so, might I add. He did originally cut a deal to sell them all out before having a change of heart and jumping out of a moving vehicle. Of course, I bought that Reed was really on board when he suggested Polaris take the metal out of his knees last week. Conceivably, though, the other mutants hiding out in the underground weren’t convinced of his loyalty. So he risks his life for the good of the cause, and realizes that even though he’s an non-mutant, he can be helpful to the cause. Kate has been proving that for several weeks with her skills as both a nurse and a liar, and it’s an important element to the story that’s never been all that prevalent in X-Men lore. Other than Moira McTaggart, not many people without a Mutant-X gene has been portrayed as a hero. Amy Acker and Stephen Moyer do a wonderful job in these nuanced roles and it’s one of my favorite elements of the show.

The other important revelation from this episode was finally revealing the story behind Jace Turner’s disdain for mutants. He lost his daughter to an attack by a mutant. There are lots of eerily relevant elements in this story, like it being a “peaceful protest” that escalated. I expected Turner to have some kind of problem with mutants for a deeply personal reason, but the wrench they threw in at the end was what really got me. Polaris and Eclipse had taken Turner temporarily hostage, and when things went south Dreamer showed up and altered his memories. She left him before she was finished and it caused him to think his daughter was still alive, which made him feel his loss all over again. As a parent to a little girl, this absolutely wrecked me, and it’s only going to dramatically increase the emotional stakes over the rest of the season.

Overall, “boXed In” was another solid installment forÂ The Gifted.Â I’m not sure how wewll they’ll be able to maintain the action–packed pace, but I’m enjoying it while it lasts.