Home
The Gifted
The Gifted Review: The Underground and Sentinel Services Try to “outfoX” Each Other 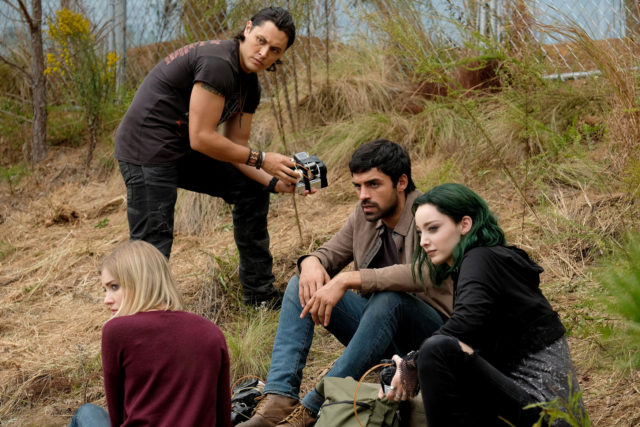 Thus far,Â The GiftedÂ has been a family drama, concerning both found family and blood relatives. In almost every episode, there has been some kind of narrow escape from Sentinel Services, who are hell bent on capturing every single mutant fugitive. Given that Sentinel Services has been narrowly defeated in each of these encounters, it was only a matter of time before they were able to best the Mutant Underground and get a victory. In this episode, Sentinel Services was able to “outfoX” the mutants and they now have several prisoners. The game has been changed as we near the season’s end, and I’m loving every minute of it.

Last week when Esme, the telepath with piercing blue eyes, was introduced, I sensed there was something off about her. It felt strange that she would tell the Underground about the traitor in their midst and that they would just believe her. This week, she used her telepathy to manipulate the show’s main mutants into undertaking a mission that ended up getting four of them captured. Pretty suspicious if you ask me. Overall, it still seems believable that her family is being held in that facility and she wants to get them out. That would mean that her manipulation was at the very leastÂ  motivated with pure intentions, and not even unprecedented on the show (since the Dreamer/Blink memory implant incident). Either way, the result of the mission will inevitably sow seeds of doubt and mistrust among the remaining refugees in the underground, which means tensions will be at an all-time high. This show has been consistently tense and this part of the story raises the stakes significantly.

Aside from that, the mission itself was an exciting one because we had just learned that Andy and Lauren Strucker were like their great-grandparents in that they have an insane amount of power when combining it. So sending them on a mission made sense as their powers were useful to the cause, and it shows growth in Reed and Kate that they were allowed to go. I watched nervously as the mission carried on and the Strucker parents noticed that something was off, and I was devastated when Sentinel Services captured Dreamer, Blink and then the twins one by one. I was genuinely hoping that Andy and Lauren would blow the lid off the place rather than get busted, but Andy didn’t want to hurt the innocent people in the building. That stance made sense, but as a fan unabashedly rooting for the mutants, I would rather have seen the place go up in flames.

The GiftedÂ has been a strong show out of the gate, but each week the emotional depth combined with non-stop action becomes more and more compelling. I’m not sure how long it can keep up being this compelling or what an eventual status quo will look like for the show, but I’m not too concerned and I’m just enjoying the ride. Keeping seasons shorter is a great start, so there are only a few episodes left!