A lot of shows are off for a few weeks at the end of January – The Good Wife being among them. There won’t be a new episode until February 2. CBS has released promo photos for the February 2 episode, along with a short synopsis. 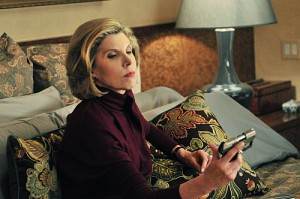 PETER’S APPEAL TRIAL BEGINS AND ALICIA DEFENDS A WEALTHY, IMMORAL CLIENT WHOSE INNOCENCE SHE DOUBTS IN THE DEATH OF HIS WIFE, ON “THE GOOD WIFE,” TUESDAY, FEB. 2

“Bad” – Tensions are high as Peter’s appeal trial begins and Alicia defends a wealthy client in civil court whose innocence she doubts, even after he’s found not guilty in criminal court of murdering his wife. Meanwhile, Diane decides to take precautions when a felon she successfully prosecuted is about to be released from prison, on THE GOOD WIFE, Tuesday Feb. 2 (10:00-11:00 PM, ET/PT) on the CBS Television Network. 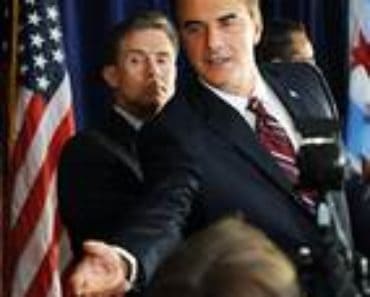