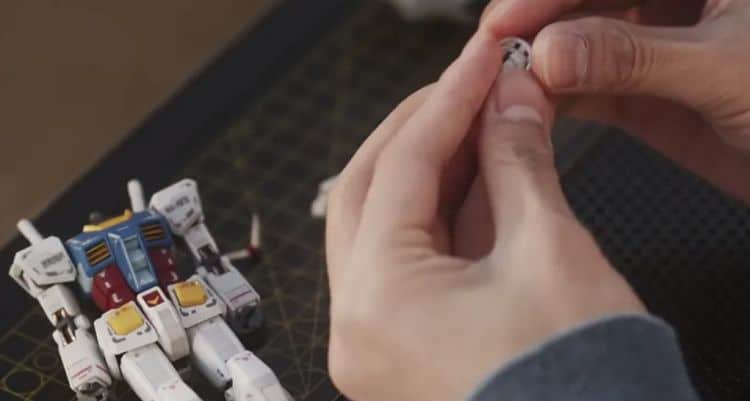 There’s going to be a show…about building Gundam warriors. And it’s going to be live-action. That strange sound you might be hearing, unless you’re into this sort of thing, is your brain trying to process how creating what is essentially one long, very long commercial about building Gundam models, which is odd, to say the least, but is still going to be likely to attract quite a few people who happen to like this type of activity. Some of us might not fully understand the desire to watch such a thing, but then again, there are plenty of people that don’t really get a lot of things that other people do. We’ve shown such things as Doom being played on a pregnancy monitor and a video game being powered by potatoes, so this is pretty tame in comparison. In fact, it’s tame to the point that we can easily claim that one might have to check their pulse now and again. Okay, that was a little mean, but let’s be completely honest here and say that building a model does take a lot of patience and dedication to the activity, since the tiny little parts that can be lost by those that huge, fumbling fingers are beyond irritating, and trying to put something together when one doesn’t have the patience that was given to a hungry mosquito is bound to be a little tough. But some folks enjoy it, they thrive on it, and so in the spirit of simply accepting that it’s going to happen, some of us might head off to find something else that will take up our time, while others will perhaps sit down and see what the fuss is all about.

Anyone that’s ever sat down to see just what these models are all about will probably understand that it’s a very involved process that isn’t bound to be over and done with in a short amount of time since it’s meticulous and time-consuming and isn’t anything like the models that snap together. These models require a bit more care and a lot more attention to detail quite often. One big thing this idea has going for it is that Gundam has been a huge name in entertainment over the years and people are drawn to the brand more and more as time goes on and new fans are converted. If it’s not your thing then it likely won’t appear to be much more than a model-making show that will showcase a very popular brand name, but for those that are big Gundam fans, it’s likely going to be something that they’ll want to check out since it will also show the Gundam warriors that people are building in a virtual battlefield. that aspect of the show might pull in a few more people since the whole model-building experience is likely to be something that’s appealing to the diehards that might want to get a few tips so that they can build their own and possibly take a few pointers here and there. Hey, building models is a time-consuming and tedious process, it’s no wonder that people would want to get it right and would also want to try something new if they can.

The show is set to start as of March 29th, which means it won’t be too long before fans can tune in to see what’s going on. Just thinking about the model-building that’s going to be happening is enough to excite some folks and keep other folks away since if one has to have action all the time then this show might not be the right thing to watch given that building a model requires concentration and a good deal of focus. It’s likely that the show might not depict the entire process and will do what most shows do, which is to feature the beginning, various points during the process, and the end before the virtual battle begins. That’s a simple guess at what the format might be, but how it’s really going to go is anyone’s guess at this point. It will no doubt be edited and filmed in a way that caters to the fans and keeps them watching until the end. The level of excitement is bound to vary and the end result is bound to do the same, but Gundam is popular enough that people are going to watch simply because it is something that they happen to enjoy, and there enough people that happen to enjoy this brand and are even highly competitive about it. When it comes to the overall inclusion of Gundam in pop culture, the brand has been around for decades, and it’s still here, so it’s safe to say that it has no trouble attracting fans, and definitely no trouble keeping them.