Home
Castle
The Heart of Castle’s Back: MilMar Pictures’ TV Series Take Two is at ABC 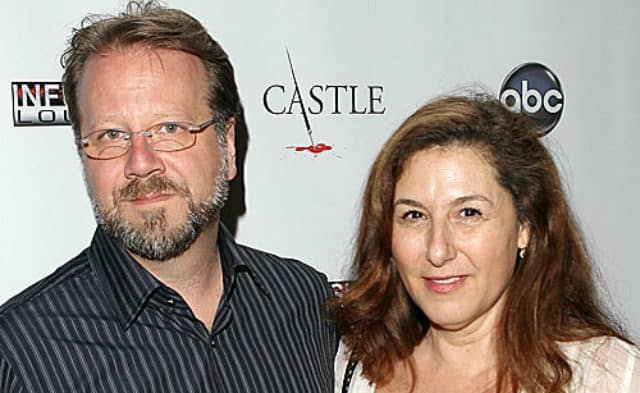 For seven seasons straight ABC’s Castle was the rare show that kept a strong and steady hold of its audience size.Â Â As such it’s not surprising that ABC picked up Â the TV seriesÂ Take Two from MilMar Pictures andÂ Studio Canal‘sÂ Tandem Productions.Â  Â MilMar Pictures is the creator ofÂ CastleÂ and its six season showrunner Andrew W. MarloweÂ &Â  Terri Edda Miller.Â  Â MillerÂ Â was a Castle executive producer,Â  a writer,Â  and at times a co-writer with Marlowe.Â Â  She’s also Marlowe’s wife – which he has said is a bonus for their collaborations.

One of the things we love about our creative process is sometimes it mirrors our characters, with sparks flying,” he explains. “We each come at things from a different point of view so we naturally gravitate towards those sorts of stories. Part of it is in our artistic DNA but part of it is also in our relationship DNA. (Drama Quarterly)

Together Marlowe and Miller, aka MilMar, wrote several ofÂ  Castle‘s iconic episodes – including what some consider theÂ episode:Â the season 4 finale, “Always .”Â  The episode is the highest viewer-rated episode on IMDB and the third-watched of the entire series (Wikipedia).Â  Â After it aired, many CastleÂ fans came to love MilMar almost as much as the fictional characters on Castle!Â Â Â From the perspective of those hard core fans, if anyone has a shot of striking gold twice with this procedural dramedy genre – it’s MilMar.Â  According to Deadline,Â  ABC thinks so as well.

Andrew and Terri are wonderful storytellers and this is the perfect project for their return to ABC,” said Channing Dungey, President, ABC Entertainment.Â “We’re excited to see Rachel and Eddie bring these characters to life.” 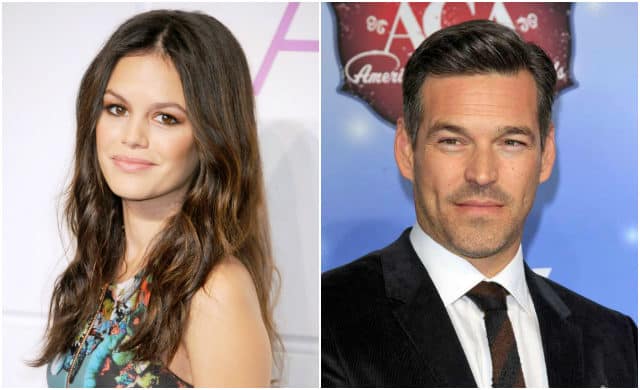 Even thoughÂ news about the TV series Take TwoÂ first came out in the spring 2016,Â Â Deadline noted that ABC had been waiting to get the right pairing before giving it a straight-to-series order.Â  The waiting makes sense.Â  Chemistry is what makes the writing of this genre of show really pop.Â  Â For Castle,Â a 2010 Paley Center panel revealed that they went through 140 actresses before they found Stana Katic to play Kate Beckett.

In the case ofÂ Take Two, catching lighting in a bottle was all in the timing.Â  Last season neither of the actors cast were really available.Â  Bilson was on season 5 of Nashville & Cibrian was on FOX’s Rosewood.Â  Both shows have since been cancelled.Â  CMT and Fox’s loss is ABC’s gain!

The Set Up For The TV Series Take TwoÂ

The series will follow Ella (Bilson), the former star of a hit cop series who is fresh-out-of-rehab following a bender of epic proportion. Desperate to restart her career, she talks her way into shadowing private investigator Eddie (Cibrian) as research for a potential comeback role. Though Eddie resents the babysitting gig, Ella proves herself to be surprisingly valuable, drawing on her acting skills and 200 episodes of playing a detective. When the press touts Ella’s role in solving a high-profile case, Eddie finds his phone ringing off the hook with new clients looking to hire the pair. (Variety)

Many will say this is just like Castle, but it’s not. The obvious difference betweenÂ Castle and Take Two is that the unconventional character is the woman and the serious one is the guy.Â  Â Still, the story is as reminiscent of Remington SteeleÂ as Castle.Â  Â There’s a character dealing with personal demons while the other is just trying to make an honest living as a P.I..

Besides, it’s not the setup of these boilerplate shows that makes or breaks them.Â  The success comes from the character development, the storytelling, and the chemistry.Â  With MilMar running the show and working with a hot new pairing it’s a safeÂ bet thatÂ Take Two is ready to take off!