Home
Anime
The History and Evolution of AnimeJapan 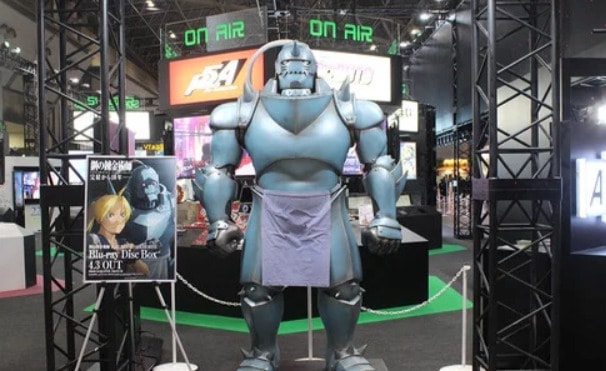 Unless you’re so fully into anime that you’re plugged in and have a working knowledge of what’s coming, what’s hot, and what’s popular you might have missed this a few years back when it was created, but AnimeJapan doesn’t seem to be going anywhere so it’s fair to say that you have a lot of time to go and check it out online or possibly see it in person if you can swing a trip to Tokyo. The exhibition looks a bit like another comic convention and seems to be exclusive to anime, which is perfect for fans since the medium is something that’s been growing out of control for years now. Having just started in 2014 at the Tokyo Big Sight exhibition center. This event was created by the merger of the Tokyo International Anime Fair and the Anime Contents Expo and as you can imagine it’s bound to be one of the biggest events in Anime history every year. As Paul Chapman from CrunchyRoll might tell you, this event is fully off the hook.

Let’s be honest when we talk about anime, it does help to be fan since there are still many of us that either didn’t grow up with it, didn’t get it into, and still haven’t to this point. A lot of us have likely watched at least some anime if not a good amount, while others have either watched hours upon hours of videos and shows, or none at all. It’s something that grew out of a niche and became a huge deal that a lot of people started chiming in on as it’s popularity continued to expand. Anime is quite honestly one of the biggest entertainment forms in the world today and has spawned so many great and detailed characters that calling it a flash in the pan is more than just an egregious oversight, it’s a rather arrogant and ignorant statement that might be reserved for those that, honestly, don’t think that it’s worth their time. But if you take a look anime has kind of insinuated itself into a lot of different companies and has even had a hand in making some of the most popular series to ever be released to the public.

Much like a Comic Con it’s held once a year and has been since 2014 when it started up in late March. In fact the event just finished up as of the 26th of this month for 2019 after starting on the 23rd, featuring well over 100 exhibitors and no doubt showing a great deal of new material to come and favored characters and settings that people have come to know and care about over the years. The joy of going to something like this is that it’s essentially for the fans just as much as it is for those that are trying to sell their merchandise. These events become a huge gathering sight where’s there’s no judgment, no worries, and no hassle when it comes to what people want to display. There are rules of course just as there are in any convention, and anyone not abiding by those rules is going to have to walk as you might expect, but the best part about these conventions is that you can walk in and fully expect at least a modicum of respect from the people attending and the folks that are there to make money. It’s a mutual love of something that keeps people united and brings them together for something wonderful and highly imaginative.

Even those that don’t necessary celebrate anime or watch the shows can attend and really get into it since the level of creativity and imagination doesn’t end with what’s known. There’s a whole world that exists within each one of these conventions and just like any other there’s almost no limit to what you can think of when it comes to new ideas and pitching your own story lines. Granted, you want to know just what you’re doing and how you’re going to go about trying to become an exhibitor before you take the leap, but getting in on a convention like this is something that seems almost like a dream come true for a lot of people, and many are happy just being spectators. Simply walking around such a convention is great since you get to take in the sights and come to understand what anime means to a great many people, and you can see how it’s evolving with each passing year as the creators find new and innovative ways to keep the audience happy.

The merger of the two events has definitely created something greater than either could have been on their own since by combining their efforts it’s been seen that people have actually enjoyed the ability to attend one large event instead of having to stress about buying tickets to two smaller events. Plus, it gives the people a better chance to compare and contrast the many different aspects of anime side by side.