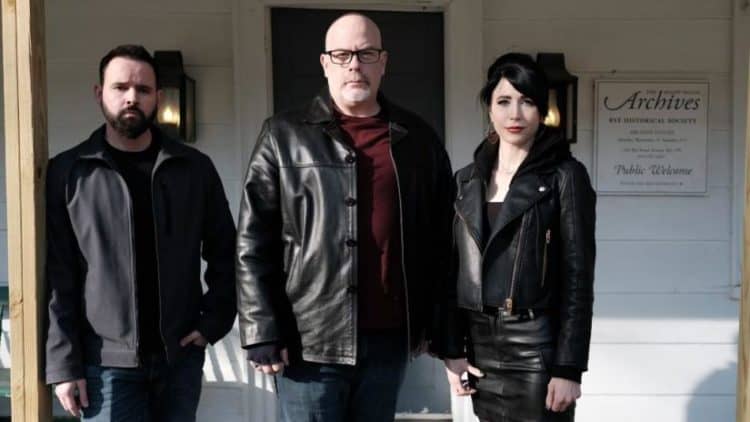 Hans Holzer was the first known ghost hunter in America. Sadly he’s not around anymore, but his stories, screenplays, and research are available if you know where to look. That’s exactly what the Travel Channel did for part of this year’s Ghostober lineup. Ghostober is Travel’s biggest annual event with a huge lineup of fantastic spooky programming. The Holzer Files is a show about just that, the ghost hunting done by Hans himself. It looks to be a fantastic show. We’re looking forward to every episode so much that we’ve curated this blood-curdling list of ten things you didn’t know about the Holzer Files to help fill in the gaps and keep you creeped out during commercial breaks.

Not to be mistaken for the show called “Ghost Hunters,” Hanz Holzer had his own paranormal investigation show called “Ghost Hunter.” The show began in 1977 and opened up not only a new genre but also established the formula that modern paranormal shows still use to this day. You can watch the first episode on Youtube thanks to Week in Weird who went digging for the original. As it turns out, Hans not only struck a chord with fans but with networks as well. By using his simple formulaic, yet still scary look at the strange, surreal, and otherworldly topics he loved so well, he created a legacy.

2. Extra, Extra… Read All About It

Being a TV persona wasn’t all Hans did in his career. He wrote over a hundred twenty books on his favorite creepy subjects. Additionally, Holzer wrote musicals, films, plays, and documentaries about ghosts and other unusual and inexplicable topics. Ghosts weren’t the only topic he covered. Holzer’s books include witches, hypnosis, and how to tell if you’re psychic. One of the most popular and controversial was Beyond Life: Evidence of Reincarnation, but the paranormal is always the subject of heated debates in any form. You can read them all yourself from online sources like Kindle, or just ask your favorite horror friendly librarian or book store owner to order them in.

In 1977, the same year that Holzer’s show premiered, another investigator of the macabre, Jay Anson, published a book that caught Holzer’s attention called “The Amityville Horror: A True Story.” Though he wasn’t the first to write about the Amityville horror, Hans did write a couple of books on the subject, and he famously investigated the house as well. Along with Ethel Johnson-Meyers, a psychic medium, Holzer explored the house that was supposed to be haunted by the restless spirits of Ronald DeFeo Jr. along with his parents and four siblings, all of whom he murdered.

Hans Holzer had a daughter, Alexandra. She must have loved being the daughter of such a well known and respected paranormal investigator, and she wrote a book about it herself, Growing Up Haunted. According to amityvillefaq.com, she had quite a few kind things to say about her father and his career, which you can read for yourself. Perhaps the most surprising revelation in her text was that The King of Rock and Roll, Elvis Presley was a fan and owned several of Holzer’s works. Alexandra herself seemed quite taken aback when she learned that a star like Elvis was also interested in her father’s work. Then again, as the brother of a dead twin, and later in life, the son of a deceased and beloved mother, Elvis, was a likely candidate to be interested in contact with the spirit world.

Though his daughter mentioned in her letter on the amityvillefaq site that her father preferred to be called Professor, he was actually a doctor. Hans Holzer obtained his Ph.D. from the London College of Applied Science. As a man of science, his take on the inexplicable is all the more fascinating. Over a career spanning decades, he developed what are now the standard techniques in the paranormal investigating field. The good doctor coined the phrase ‘sensitive,’ as it relates to psychic and paranormal phenomena. His interviewing and data collection skills no doubt came from that scientific background and loaned credence to his findings and research.

Hans Holzer inspired generations of people to seek out and study otherworldly phantoms. Seeking the spirits of the deceased is so common now there are dozens of shows about it. However, only one show is about the man who inspired the cult classic Ghostbusters. Dan Aykroyd and Harold Ramis’ screenplay was based on Hans’ work, albeit very loosely.

7. Sometimes No News is Good News

The new team of ghost hunters on the Holzer Files will be re-exploring Hans old ‘haunts,’ but not just for fun. They’ll be looking for further evidence and any new developments related to these dead case files. Whether they turn anything up remains to be seen. Given how thorough and scientific Holzer was, we don’t doubt viewers are in for some frightening and freaky moments throughout the show.

Starring in The Holzer Files are Shane Pittman, Dave Schrader, and Cindy Kaza. Cindy is a clairvoyant, clairaudient, and clairsentient intuitive evidential medium. Shane Pittman will be the investigator who handles most of the equipment since he’s a technician as well and can spot check for any problems. Dave Schrader takes the lead investigative position for the show. Being the guy in charge and the first one into a potentially dangerous situation is no cakewalk.

In addition to re-addressing some of Holzer’s most terrifying and gruesome cases, there’s a special treat in store. Some of the original material, recordings, and findings. These peeks into another era’s ghost hunting bring that little something extra to make the show more unique.

Travel Channel didn’t pick Dave Schrader out of the blue. Dave is a well-known radio host. Along with his co-host Tim Dennis, he started a show called Darkness Radio back in 2006. Schrader claims his interest in the paranormal began as a child when the spirit of his deceased grandmother visited him. Since then, he’s only gotten more interested in the subject with every passing year.

Travel Channel never disappoints us in Ghostober. They have a real knack for choosing fantastic, frightening programming that keeps us fighting the goosebumps long after the shows are over. The Holzer Files might be their most brilliant homage to the haunting season yet. Hans Holzer passed away in 2009, but his work lives on through all the people he inspired to continue down the path he created. What’s your favorite Holzer ghost story? Let us know in the comments below.